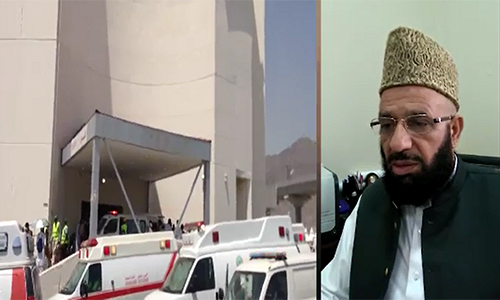 ISLAMABAD (92 News) – Federal Minister for Religious Affairs Sardar Muhammad Yousaf has said that 54 Pakistani pilgrims have been martyred in the Mina tragedy. Talking to the media on Thursday, he said that 1,250 victims of the Mina tragedy could not be identified. “DNA tests have been started to identify the deceased,” he added. Sardar Yousaf said that 21 martyred pilgrims had been buried in Saudi Arabia. He said that 350 missing Pakistanis had been found, while 110 pilgrims are still missing.