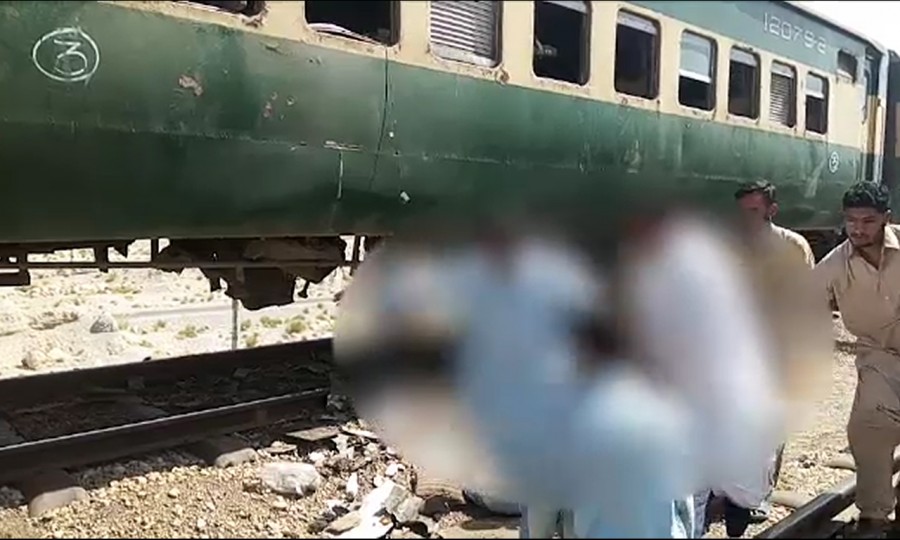 BOLAN (92 News) – At least seven people were killed while 13 others injured in twin blasts at a railway track near Machh area of Bolan district on Friday. A Rawalpindi bound Jaffer Express was damaged in the blasts. The dead and injured were shifted to Civil Hospital Machh. The security forces cordoned off the area and started investigation.