The naval chief briefed the visiting dignitary about Pakistan Navy's role in regional peace and security. 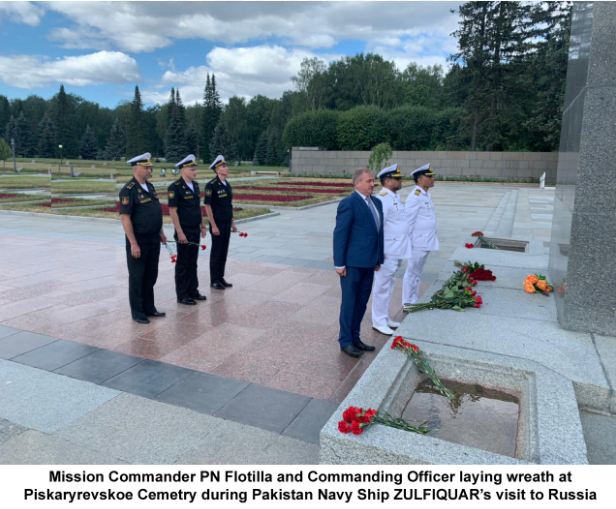 During the meetings, matters of mutual interest were discussed. The dignitaries expressed enormous goodwill and warmth for Pakistan Navy and thanked for its participation in Russian Navy Day Parade. The mission commander conveyed well wishes from Chief of the Naval Staff Admiral Muhammad Amjad Khan Niazi for the people of Russia in general and Russian Federation Navy in particular. Mission Commander also extended his gratitude for whole hearted support provided by RFN in making ship's stay comfortable. 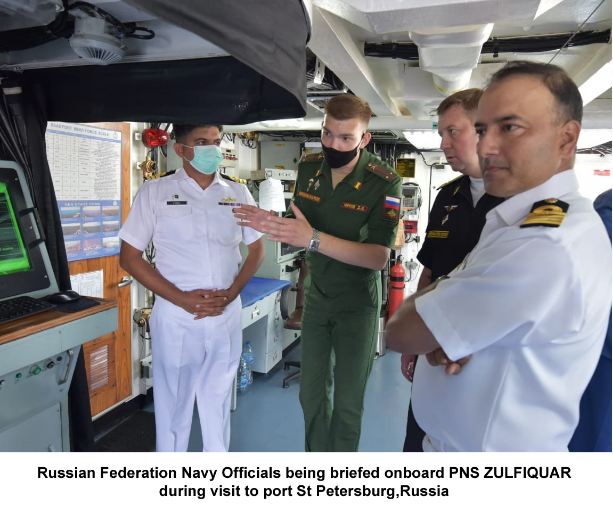 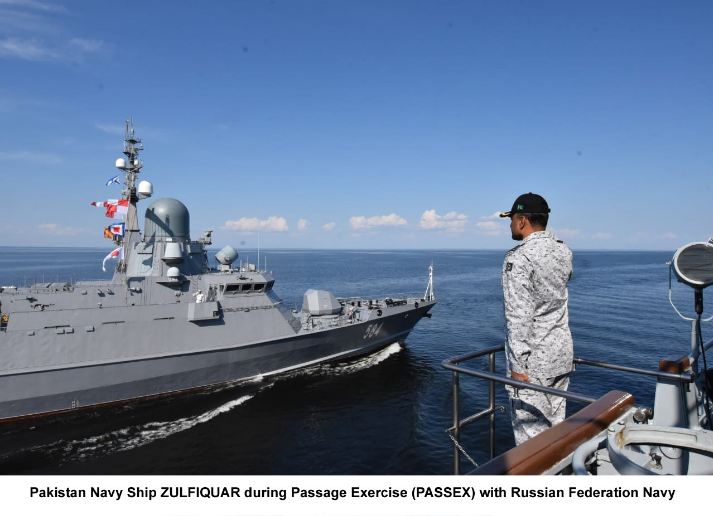