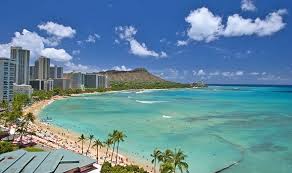 HONOLULU (Web Desk) - The Hawaii Department of Transportation says seven people were injured Saturday on a United Airlines flight after the plane was struck by sudden turbulence. NBC News reports that the department says four crew members and a teenage girl with a head injury on United Airlines Flight 15 from Newark, New Jersey, to Honolulu were taken to a hospital. Two other crew members declined to be taken to the hospital. On Saturday, parts of Hawaii were under a high-wind warning, as gusty winds caused power outages. The National Weather Service said a high-wind warning was issued for parts of Kauai and Oahu and the summits of the Big Island. Other parts of the island chain were under a wind advisory.