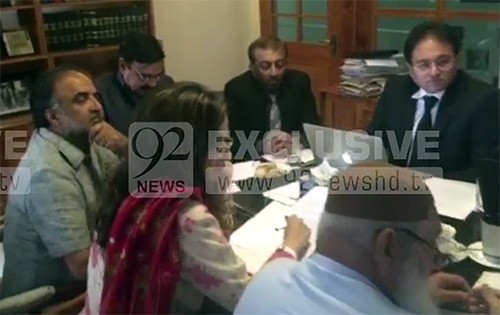 "The Commission may appoint a committee of experts…in international forensic audit to carry out an exhaustive investigation and audit into the offshore companies and their accounts owned by the Respondent and his family including all transactions, sales and purchases of all assets, moveable and immoveable, including stocks, shares, debentures and equitable or benami interests, opening and operation of all bank accounts, including offshore bank accounts and incorporation of all companies including offshore companies whether directly or behind corporate veil(s) wherever in the world they may be,” read a copy of the terms of reference, a copy of which is available with 92 News.

The commission will also be tasked to verify the money trail and how funds were provided for such offshore companies. Sources indicate that Awami National Party (ANP) and Qaumi Watan Party (QWP) are against the demand for PM Nawaz Sharif’s resignation, the latter politicial party is of the view that the PM should resign if allegations leveled against him are proven. 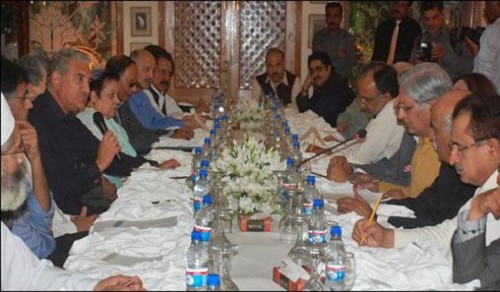 Pakistan Tehreek-e-Insaf (PTI) and PPP did utmost effort to convince the other parties of the opposition over the demand of the PM’s resignation during the meeting held on Monday but were unable to do so. Today’s meeting was attended by Aitzaz Ahsan, Hamid Khan, Farooq Sattar, Asadullah Bhutto, Mushahid Hussain, Sheikh Rasheed Ahmed, Israrullah Zehri and Aneesa Zaib Khaili.