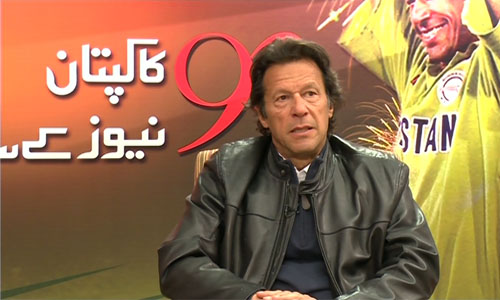 ISLAMABAD (92 News) – Legendary cricketer Imran Khan gave tips to Green Shirts to win the World Cup fixture against India in a special programme ‘92 Captain with 92 News’ on Saturday. He said that the role of the captain will be vital in the team’s victory. “The team has to ignore the fear of defeat.” He predicted that the Clash of the Titans will be of big scores. He advised the Pakistan team to bat first if they win the toss. He opined that the 280-run target will be a good score. “I would have included four specialist bowlers in the team had I the captain,” he said. He suggested that experienced players should play in the beginning of the innings. “Younis Khan should open the innings for Pakistan or he should come at one down. However, Misbahul Haq should play at No. 4,” he recommended. He urged the Pakistan team to start the match with at least two spinners. “The team should play with a specialist wicketkeeper instead of a part-time one.”