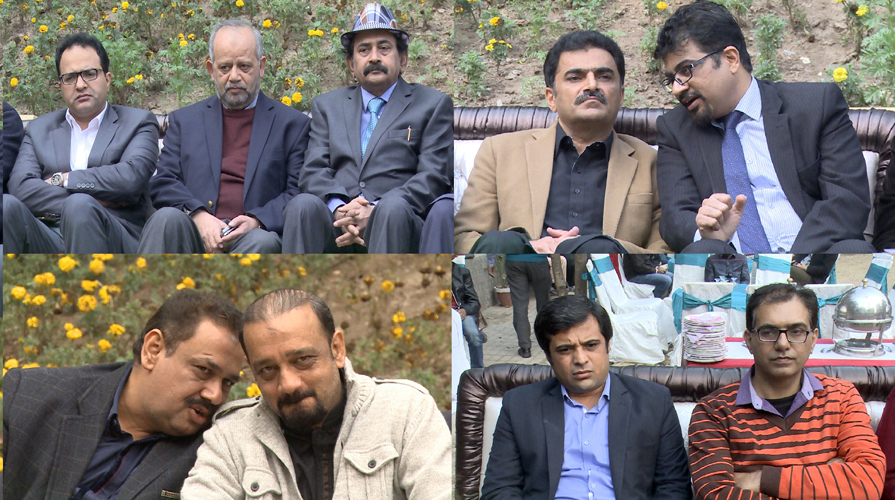 LAHIORE (92 News) – 92 News hosted a lunch in honor of the newly elected body of the Lahore Press Club, PFUJ, PUJ, ENCA and PEMRA on Friday. Speaking on the occasion, the speakers said that 92 News is the custodian of modern traditions of journalism. They said that LPC would be the centre of movements against the enemies of independence of journalism if anyone dared to take action against the media. PFUJ president Rana Azeem and senior journalist Khawar Naeem Hashmi said that the revengeful activities against any channel and independence of journalism will not be tolerated. “The journalist community got united when 92 News faced difficult time and today’s function is in honor of the people supporting 92 News,” he said. LPC President Shahbaz Mian welcomed the ceremony arranged by 92 News. ”The Press Club is for all journalists. It will be the base camp of a movement if someone tried to gag any media house,” he said. 92 News Bureau Chief Khawar Naeem Hashmi and Executive Producer Farooq Majeed thanked the participants. They expressed the resolve that they were united for the independence of journalism and will stay united in future.