92 News UK celebrates first anniversary of its launch in Europe 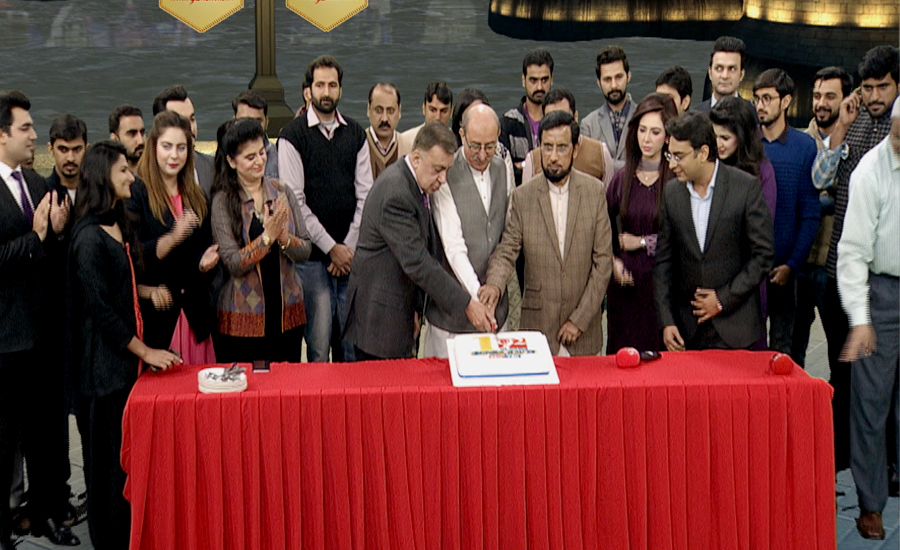 92 News UK celebrates first anniversary of its launch in Europe

LAHORE (92 News) – 92 News UK celebrated the first anniversary of its launch in Europe and United Kingdom on Tuesday. A ceremony in this regard was held at 92 News Head Office. The main ceremony was held on the London Bridge set of 92 News’ 360 degree virtual studios. Senior Anchors Madiha Masood and Mehak Aslam emceed the ceremony. 92 News Group Adviser Aslam Tareen, Group Editor Irshad Arif and senior analyst Arif Nizami cut the cake. Speaking on the occasion, 92 News Group Adviser Aslam Tareen said that 92 News has achieved another milestone and the 92 News UK team deserves congratulation. Group Editor Irshad Arif said that overseas Pakistanis are their relatives who own properties in Pakistan. “Overseas Pakistanis are very concerned about their homeland. 92 News has proved that it is the only representative channel of overseas Pakistan,” he maintained. Senior Anchor Arif Nizami also congratulated 92 News UK team on it first launch anniversary. After gaining great successes in the shortest period in Pakistan, 92 News UK was launched in Britain and Europe. Having a huge network of reporters, it proved that we do what we say. 92 News has not only become the most favourite channel among the British people but also has become the voice of Kashmiris and overseas Pakistanis in Birmingham, Bradford, Glasgow, Manchester, Bristle, Leads, Edinburgh and Dublin, Ireland. Besides the United Kingdom, 92 News UK covers news from Barcelona, Frankfurt, Berlin, Paris and The Hague, Holland. It has emerged as effective voice of Kashmiris from Mirpur to Manchester. It also elaborately highlighted the problems being faced by the Sikh community. 92 News expresses the resolve to continue following its motto of being ‘Informed and Reliable’.