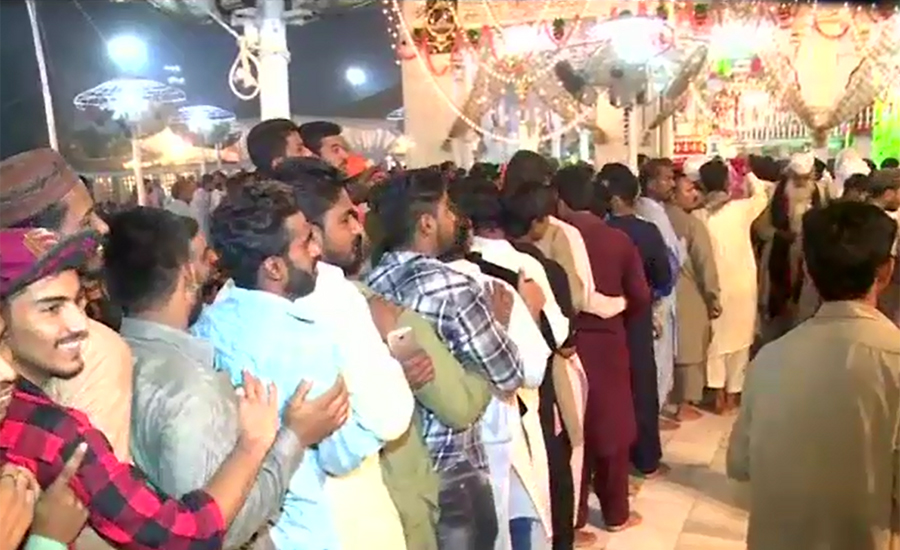 LAHORE (92 News) – The 975th Urs celebrations of Hazrat Ali bin Usman Sheikh Ali Hajveri, known as Data Ganj Bakhsh, will conclude on Tuesday. A local holiday has been announced in the city. Thousands of people from across the country are paying homage to the great saint of the subcontinent. Elaborate arrangements have been made for the devotees, while milk sabeels have been set up at different places. Long queues of people were seen throughout the day and night to pay respect to the saint. Mehfil-e-Naat and Mehfil-e-Samaa are going on at the shrine with intervals. Devotees are being allowed to enter the shrine after thorough checking. The concluding prayer will be offered today after special national Mehfil-e-Naat and Khatam Sharif.