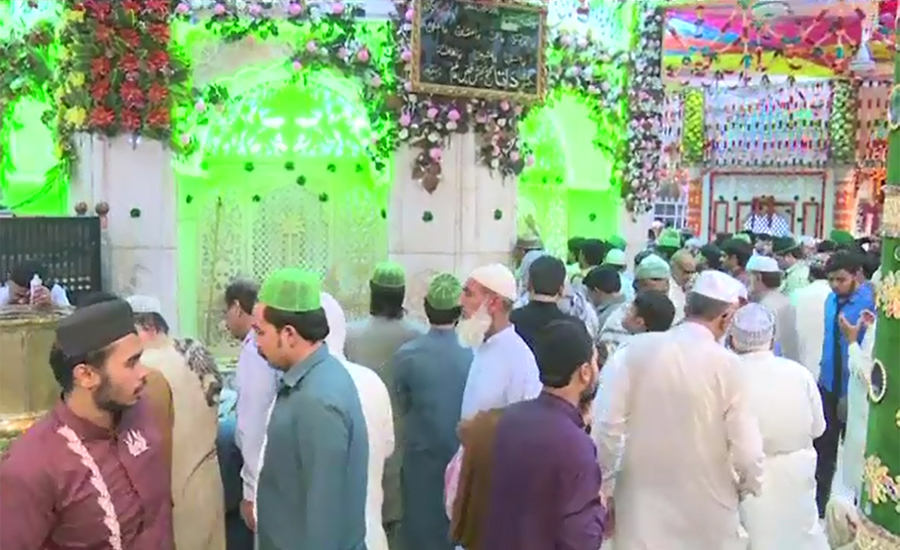 LAHORE (92 News) – The three-day 975th annual Urs of Hazrat Ali bin Usman Al-Hajveri, popularly known as Hazrat Data Ganj Bakhsh, started on Sunday. Devotees from across the country have reached the shrine. Free food stalls will be set up at designated places for the general public attending the Urs celebrations. A two-day international conference was held at the shrine of Hazrat Data Gunj Bakhsh. Punjab Minister for Religious Affairs and Auqaf Pir Syed Saeedul Hassan, who was the chief guest, said that the teachings of ‘Auliya’ brings near to Allah Almighty. He stressed the need for following the teachings of ‘Auliya’. Meanwhile, stringent security arrangements have been made on the occasion. Lahore Capital City Police Officer (CCPO) BA Nasir, while addressing a meeting on Saturday, said that additional police officials, under the supervision of SPs, would be deployed to maintain three-tier security at the shrine. Police personnel would also be deployed on nearby rooftops to keep an eye on any suspicious activity and Dolphin Squad as well as the Police Response Unit would patrol the area to deal with any untoward incident. Search and sweep operations would also be conducted in nearby areas and hotels, whereas cameras have been installed for monitoring of the area. The devotees would be allowed to enter the shrine only after clearance and their checking by metal detectors at the entry points would be ensured. Lady police constables would also be deputed in the premises reserved for women.