LAHORE (92 News) – Three-day celebrations marking the 976th Urs of Hazrat Ali Bin Usman Al-Hajveri popularly known as Hazrat Data Ganj Bakhsh concluded with special prayers on Sunday. Punjab Governor Sarwar visited the Data Darbar and paid tribute the Hazrat Ali Bin Usman Al-Hajveri for his religious services for Ummah. Thousands of devotees paid tribute to the great saint and sought forgiveness of their sins from Allah Almighty. They offered ‘Nawafil’ and prayed for the solidarity and progress of the country. Devotees said that they visit the shrine for the peace of mind. Thousands of people from across the country are paying homage to the great saint of the subcontinent. Elaborate arrangements have been made for the devotees, while milk sabeels have been set up at different places. Long queues of people were seen throughout the day and night to pay respect to the saint. Mehfil-e-Naat and Mehfil-e-Samaa are going on at the shrine with intervals. Devotees are being allowed to enter the shrine after thorough checking. The concluding prayer will be offered today after special national Mehfil-e-Naat and Khatam Sharif. On the occasion, the free food stalls were installed on the third and last day of the Urs of Hazrat Data Ganj Bakhsh celebrations. On October 18, the three-day 976th annual Urs of Hazrat Ali bin Usman Al-Hajveri, popularly known as Hazrat Data Ganj Bakhsh, started. It is pertinent to mention here that Hazrat Data Ganj Bakhsh Ali Bin Usman Sheikh Ali Hajveri was a great saint of Islam who influenced thousands of people to embrace Islam in Sub-continent during his life. 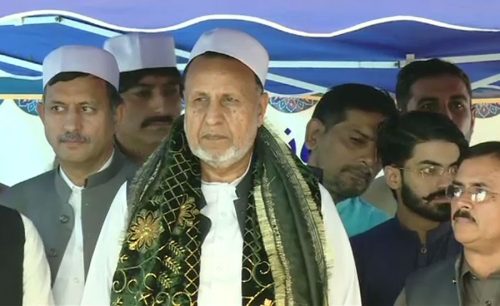 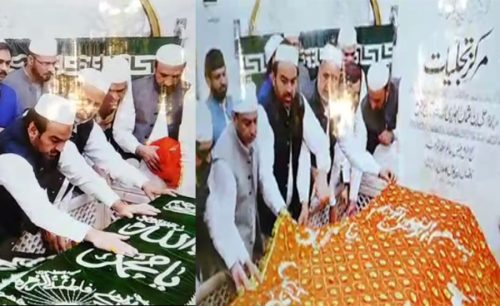 Devotees from across the country have reached the shrine. Free food stalls including Milk (Sabeel) will be set up at designated places for the general public attending the Urs celebrations. More than 500 famous scholars, religious scholars and Naaat Khawan were invited during the event. Syed Bilal Chishti (Sajjada Nasheen Dargah Hazrat Khawaja Gareeb Nawaz), Khawaja Fariduddin Fakhri, Sajjad Nasheen and many other respectable personalities were Urs celebrations. 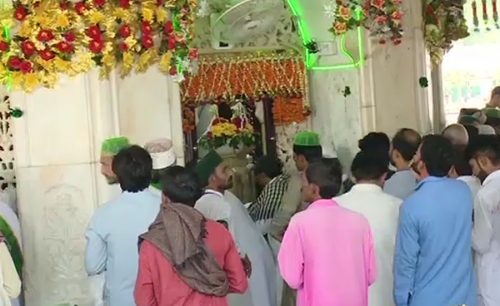