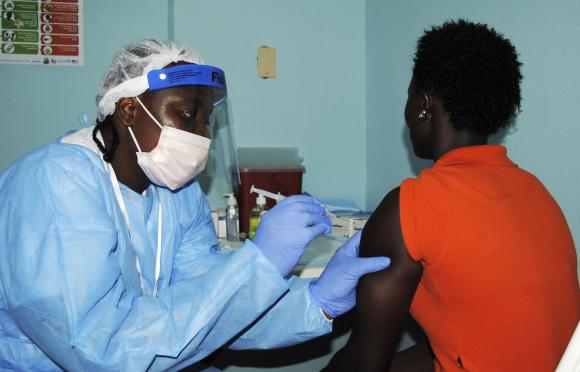 GENEVA (Reuters) - Guinea, Liberia and Sierra Leone reported 99 new confirmed Ebola cases in the week to February 22, down from 128 the previous week, the World Health Organization (WHO) said on Wednesday. Sierra Leone accounted for the bulk of the latest infections with 63, signaling a halt to a steep decline recorded from December through January, followed by Guinea with 35 and Liberia just a single case, the U.N. agency said in its weekly report. "Cases continue to arise from unknown chains of transmission," the WHO said. Sixteen of the new cases were identified in Guinea and Sierra Leone after post-mortem testing of people who died in the community "indicating that a significant number of individuals are still either unable or reluctant to seek treatment." In all, more than 23,500 cases have been reported in the three West African countries, with more than 9,500 deaths, since the world's worst outbreak began in December 2013.