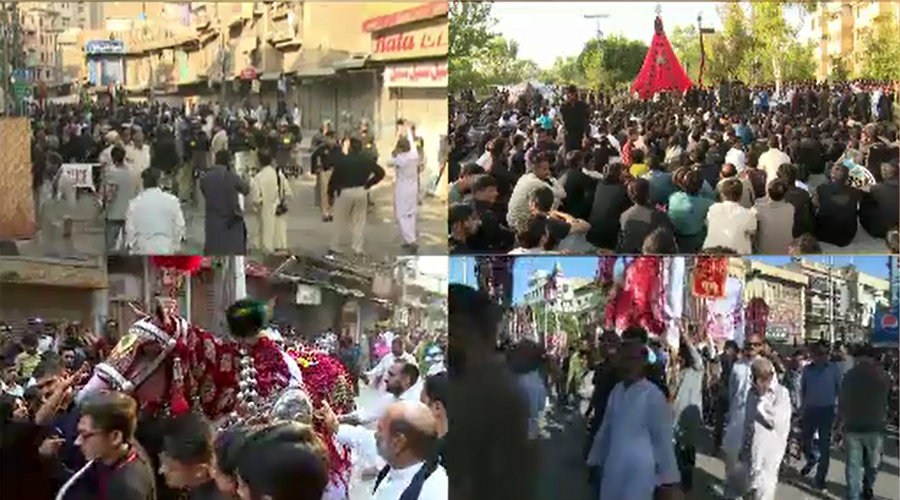 KARACHI (92 News) – Mourners took out the 9th Muharram processions amid tight security across the country. The processions concluded at their destinations after passing through their traditional routes, which had been completely sealed. Markets and shops also remained closed. The bomb disposal squad conducted checking while walk-through gates had also been installed. A heavy contingent of police and Rangers have been deployed on the routes. CCTV cameras had also been installed. Pillion riding has also been banned in most of the cities on Muharram 9-10. Even bike riding itself has been banned in DI Khan and Kohat. Meanwhile, a person died in Rohri’s mourning procession in Karachi due to suffocation. Over 20 people became unconscious. Moreover, mobile phone service remain suspended in 52 cities of the country, including Karachi, Lahore, Peshawar, Islamabad and Quetta, on 9th and 10th Muharram. A final decision in this regard is, however, pending with the Interior Ministry.