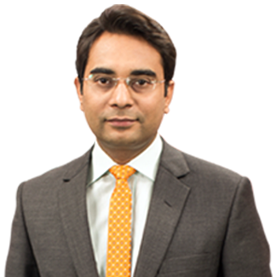 Asad Ullah Khan has a Masters degree in Computer Science and had been working at LUMS in 2005-06. At the same time he was hosting a current affairs show Aaj Ka Akhbar on Radio-FM103. He covered earthquake of 2005 from Balakot for FM-103. In 2006 he decided to say good bye to IT field and joined Electronic Media as full time job. His first network was Royal News where he had been hosting a show Kal Sy Kal Tak. In December 2006 he joined Express News as Anchor where he worked for 7 years. Asad was a leading News Anchor and has many other things in his experience like field reporting, talk show hosting and script writing. He had been hosting shows like Express Special, Express Aaj Tak, Frontline, Kal Tak, and Long March Faisla kun Gharri. From the field he has covered many important events like:Arrival of Benazir Bhutto and the bomb blast of karsaazEarthquake of Balochistan 2008Long march of Nawaz Sharif for the restoration of JudiciaryLong March of Tahir ul Qadri 2013 Flood coverage from South Punjab 2014 etc.Asad had also been writing columns in daily Aajkal for two years 2009-10.Currently, he is working with 92 News HD and hosting a show Zair-e-Behas on Saturday and Followup Monday to Friday. He has done tremendous work from different areas of Pakistan so far. His shows from Karachi, Tharparkar, Chitral, Peshawar and Interior Sindh has shown his skills and hardworking nature. His first book Nawaz Sharif key Fauj sy Ikhtilafat is in the process of publishing and going to be launched soon.