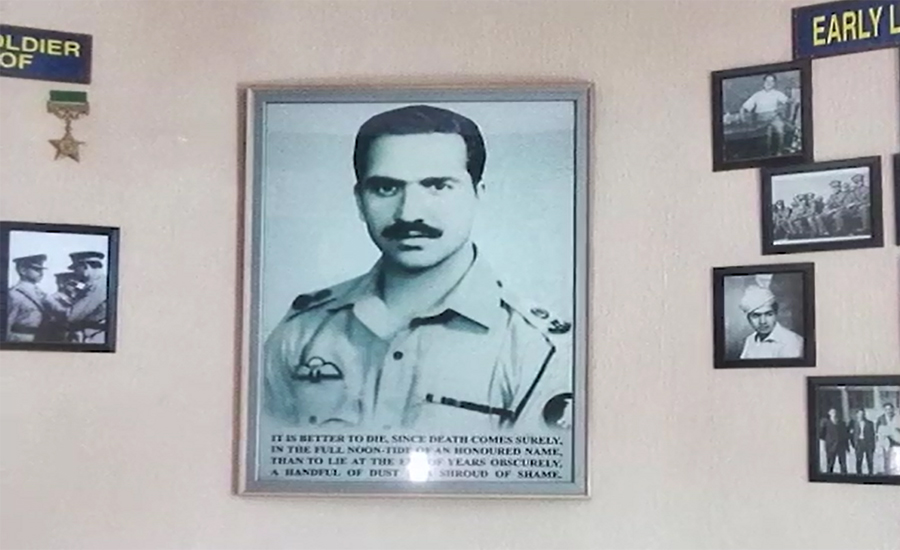 LAHORE (92 News) – The 47th martyrdom anniversary of Shaheed Major Shabbir Sharif was observed with respect on Thursday. He was born in Kunjah town of district Gujrat. He did his O Level from Saint Anthony’s High School, Lahore after which he joined Government College, Lahore for further studies but received a call to join the Pakistan Military Academy (PMA), Kakul before he could complete his studies. Shaheed Maj Shabbir Sharif had an outstanding stay at the military academy and was given the prestigious ‘Sword of Honor’ on passing out. He was commissioned in the Pakistan Army on April 19, 1964, and was posted to 6th Battalion of the Frontier Force Regiment. He was posted as the company commander of FFR on December 3, 1971 at Head Sulemanki border where he caused unprecedented damage to enemy troops and tanks and embraced shahadat on December 6, 1971. Shaheed Major Shabbir Sharif was posthumously awarded the ‘Nishan-e-Haider’.  He was the brother of former army chief Raheel Sharif and nephew of Major (retd) Aziz Bhatti Shaheed.