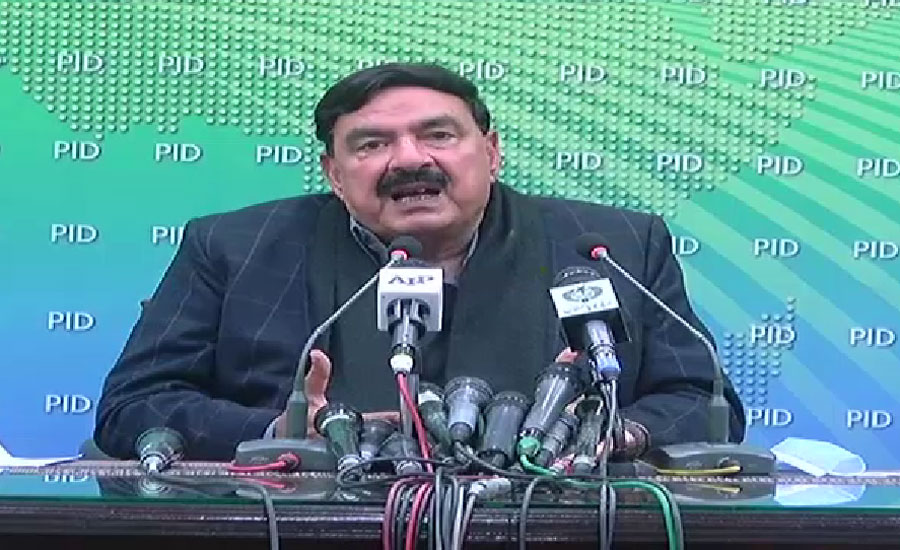 ISLAMABAD (92 News) - Minister for Interior Sheikh Rasheed has said that the cooperation of religious scholars has been sought to amicably settle the matter of burial of victims of Machh incident.

Addressing a news conference, the minister said that Prime Minister Imran Khan will visit Quetta as soon as the matter of burial is settled.

He pointed out that the international powers are behind the targeting of Hazara community over the last many years. He said four such groups have been busted including one in the federal capital which wanted to stoke sectarian strife in the country by targeting the Ulemas of different schools of thought.

Strongly condemning the Machh incident, Sheikh Rasheed said the FC has been directed for a large scale search operation in the area to bring the culprits to justice.

He said there is a commitment of the premier to eradicate terrorism and those trying to stoke sectarian violence in the country.

To a question, the minister admitted that there is a new wave of terrorism in the country. Currently the cities of Islamabad, Lahore, Quetta and Peshawar are on high alert. He said there are security threats to twenty personalities and these also include religious personalities.

The minister predicted that next sixty to ninety days are very important in politics. He stressed that the opposition’s protest will not be stopped by the government. "The PDM wants to create chaos across the country," he added.

"PDM parties will participate in the by-elections as well as the Senate polls, and will not tender resignations," he said. He maintained the government is making utmost efforts to further improve law and order situation in the country.

He said the opposition is holding a protest demonstration outside the Election Commission of Pakistan on the 19th of this month. "The opposition parties will not resign but they are now taking part in the by elections and the Senate elections," he added.

Earlier, addressing an event at National Police Academy, the minister urged the police force to discharge its duties with honesty, dedication and audacity.

He said greater responsibility rests with the police force to play its part for bringing improvement in the society.

Sheikh Rashid expressed the confidence that the training being provided to the police personnel at the police academy will prove to be beneficial for them to serve the nation.