A Minute With: Alan Rickman on returning to the director's chair 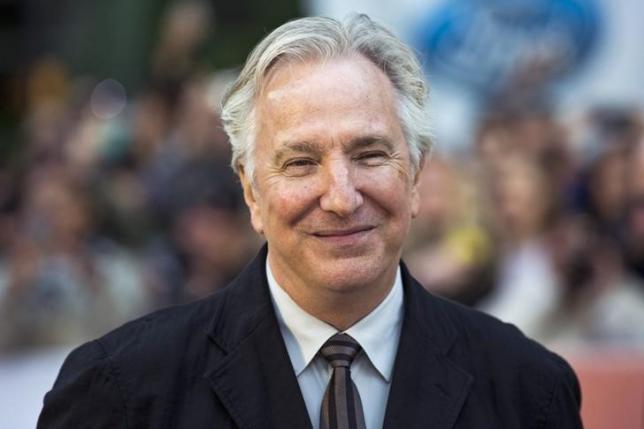 A Minute With: Alan Rickman on returning to the director's chair

LONDON - British actor Alan Rickman returns to the director's chair after nearly 20 years with romantic period drama "A Little Chaos," starring Kate Winslet as a landscape designer commissioned to work on the gardens at the Palace of Versailles. The film is Rickman's second as director since 1997's "The Winter Guest." Rickman, 69, who played Professor Severus Snape in the "Harry Potter" franchise, also portrays Louis XIV in the fictional and loosely historical film set in 1682. Q: Apparently the film took 10 years to make. Why was it so difficult? A: Well, it wasn't that it was difficult, it was that I wasn't available and the people who had written it and then wanted to move it on were prepared to wait until I was free to direct a movie. I didn't have a year and a half at my disposal until recently. Q: How does it help having such a long gestation period? A: I’m not sure that it does help. Well, something is good about it in that it reminds you it has a timeless quality. ... It meant we could spend time tailoring it to what we always knew would be a ridiculously small budget. Q: What first drew you to the director's chair? A: It's just a specific response to a piece of work that you get offered. With this ... it's a lot to do with the fact that I have an arts school background and I ran a design group and I've directed in the theatre a lot in the intervening years. Images jump around and you want to be the person that makes those images real. Q: You have said it was a difficult experience directing yourself. A: You can't be in the moment with a fellow actor and watch what you're doing, so I suppose there's a certain watchfulness about Louis XIV and aloneness about being that man which was useful. Q: How was Kate Winslet on set? A: She’s totally uncomplaining about whatever horrible conditions she's going to have to work in. In this film, we're spraying her with water, throwing her into a torrent at one o'clock in the morning. I have a photograph of her where ... she's up to here (gestures to his chest) in water, she's got towels wrapped around her head, she's holding a hot water bottle but her thumbs are both up and (she's) smiling. - Reuters