A Minute With: Anushka Sharma 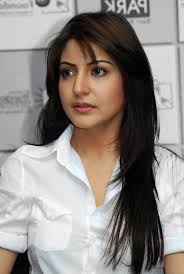 A Minute With: Anushka Sharma

Anushka Sharma might have spent less than a decade as a Bollywood high roller, but she’s become an adept juggler. Her relationship with India cricket vice-captain Virat Kohli and her cosmetic surgery woes have kept her on the gossip pages. Meanwhile, she has been busy producing her first film.

“NH10,” which chronicles what happens to a city couple on a road trip gone wrong, is a brutal depiction of what Sharma says happens when “two Indias” – the heartland, and the city – meet.

Sharma, 26, spoke to Reuters about the film, its troubles with the censor board and why she will continue making such films.

Q: “NH10” went through some troubles with the censor board. Was it a worry as a first-time producer?

A: Yeah… because ultimately you are making a film which is an honest rendition of something that exists in our society, and there is no glorification of anything that can be objectionable. So then you are arguing… and you are arguing something that makes little sense to you. It becomes tedious. Also, we wanted no picture cuts, especially with the A certificate. But we’ve had to make cuts and we got an A certificate.

Q: Was it difficult to make compromises?

A: When we started, I didn’t anticipate all this. Even when we set out to make this film, we knew that we would fall into the A category, but it would be with the film that we made. Also, this was one-and-a-half years ago, so you look at the environment around you, you see what is being passed, and you make a judgment. And then suddenly everything changes, the government changes, and you are a in a fix, trying to get your film to happen.

A: I think what we see is that there are two Indias. There is us – educated, have travelled abroad, and we have an opinion on manners. And then there are the heartlands of our country, and that is the larger part of India. These two Indias cannot connect with each other – their language, their life. The dichotomy is so heavy, so apparent. In the film, it is kind of comic also.

Q: Are violence and brutality part of the film?

A: Yes. There is rage. And that is the other thing. Our rage doesn’t unleash itself because we follow the system – judiciary, police etc. So our rage is directed at the systems that don’t work. We all talk about freedom of speech and having opinions. But what is happening is that there is moral policing and people saying that I am so convinced about my opinion that I will be pissed off if you don’t agree with me. That is why we are talking about bans, and taking out material from films. That is very scary. We are abusing people, attacking them. There is violence if our opinion is not respected.

Q: What do you think of the censor board’s approach to cuts?

A: I just think there is just complete lack of compassion. When you make a film and you are told to reduce the violence. What is happening in real life is much more brutal. What we are making is much milder, and then you tell us to reduce by 30 percent? What does that mean? How do you do that? I have seen films where in a song, a girl is kicked and she goes flying in the air. And that’s OK. It’s supposed to be slapstick, so it is OK, but reality is not OK? That’s ridiculous. It’s a very strange time. Now I know when we are reading a script or making a movie, we are going to think “Is this going to get passed?” And that’s not how you want to make movies.

Q: Has this experience deterred you from making more movies?

A: No. because I am not like that. If you believe in something, you will find the strength to fight for it, which we did. For me, originality is most important. But how do you become original when you are restricted within parameters? That’s the problem.

Q: Why did you decide to produce this film?

A: It came to me twice. Earlier I couldn’t do it because I didn’t have the dates. When I took it on, I realized it was more commercially viable for me to produce it. For a film like this, which is not a commercial project with songs etc, which is easier for people to put money in. We knew it could be an A film. The budget and revenue would get affected. If I came on board as an actor, I would be adding that to the budget of the film and therefore reducing its impact – we’d be cutting corners elsewhere.

Q: Varun Dhawan backed an unconventional drama like “Badlapur”, which was violent. Is there a shift in the kind of stories we are telling because actors like you are backing such movies?

A: It’s because of the films we’ve watched –the exposure we’ve had. And when we realize that there are such films being written in India, we want to back them and work in them.

Q: Is there some resistance? Is there pressure to include an item song or something like that?

A: Yeah, if you are speaking to a financier or a studio. But we were a bunch of like-minded people – Anurag (Kashyap), Vikramaditya Motwane, myself – so they don’t really push it. They might say, we need to sell this film. So we’ll do a promotional video. And that’s OK. As long as it’s not going in the film, it’s fine. You learn to balance. In a country like this, that’s how it works. A little for you, a little for me. - Reuters