A Minute With: Sean Penn on 'Gunman,' Haiti and superheroes 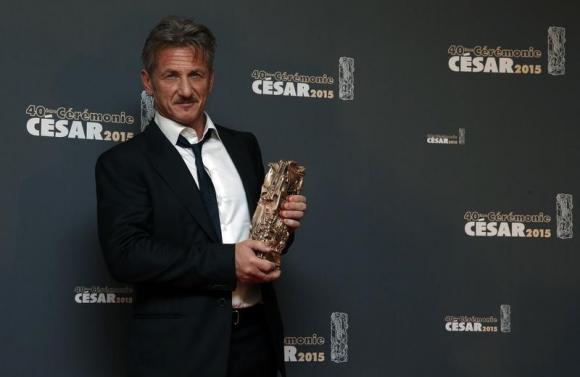 A Minute With: Sean Penn on 'Gunman,' Haiti and superheroes

Sean Penn is not all gruff voice and intense gaze. He can have a good laugh too, like when he envisions himself as a superhero. For the thriller "The Gunman," opening in US theaters on March 20, the 54-year-old actor and activist talked about what motivates him in both the movies and the causes he champions. Here are excerpts from the interview. Q: What drew you to this story and the character of Jim? A: It appealed to me in a way that a lot of action movies haven't appealed to me, because the consequences of violence were present throughout, and yet that didn't seem to create a ponderous weight on the energy of the picture. Q: How important was it to have the backdrop of Democratic Republic of Congo? A: What was important was that the epicenter of that narrative drive had a history of suffering intervention, be it political intervention or corporate intervention. And certainly DRC has had both, and continues to. There were also some real-life parallels related to the mining interests that had happened there. That made it the appropriate choice. Q: Has being an actor made it difficult for your voice to be heard for your activism work? A: I've found it harder and easier. Criticism will come more quickly, so will reverence. Generally, both are inaccurate, but you know, I think that I approach work - whether it's creative work, any work I do - very much as a functionary ... it's really clinical on both. Q: As Ambassador-at-Large for Haiti, what would you want tackled urgently? A: I'd like to see politics redefine its quality of life for people and for everybody to put their sword down and get to the table, it's very tricky there. But I think if you want good things to happen for a country like Haiti, then you need to provide the circumstances where the Haitians can do that. You need governance, but you also need a middle class, you need agriculture, they need to be able to export. I think that's probably the biggest issue, the job creation that could come with the kinds of things that Haiti has all the potential in the world to export. Q: What roles are you finding yourself drawn to? Any superhero franchises in your future? A: You asked me with a camera on this face and in this time of my life if I would be a superhero? (laughs) Maybe, if there's a very funny one. Q: There's always the villain. A: I don't know what I would be interested in doing next. There are some good movies made on that (superhero) stuff, let a few of them be made a year. But I'd like to see this business not drown itself in superhero movies. - Reuters