A tenth of US veteran coal miners have black lung disease: NIOSH 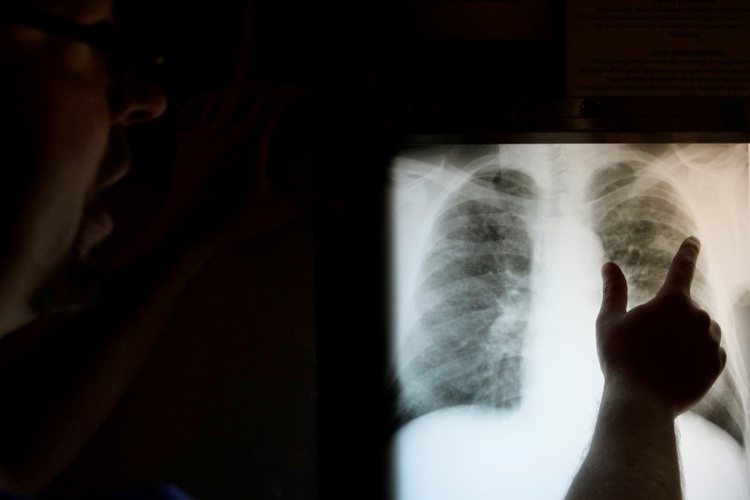 A tenth of US veteran coal miners have black lung disease: NIOSH

NEW YORK (Reuters) - More than 10 percent of America’s coal miners with 25 or more years of experience have black lung disease, the highest rate recorded in roughly two decades, according to a government study released that showed cases concentrated heavily in central Appalachia. The study by researchers from the government’s National Institute of Occupational Safety and Health marks the most authoritative evidence to date of a resurgence of the incurable respiratory illness caused by coal dust, which plagued miners in the 1970s but was nearly eradicated by the 1990s. “Although many consider black lung a disease of antiquity, it is undeniable that … these contemporary cases resulted from injurious exposures encountered in the 21st century,” the authors said in the report, published in the American Journal of Public Health. The National Mining Association, which represents US coal mining companies, has cast doubt on assertions that black lung disease is rebounding, arguing that miners are not required to participate in screenings. “The exclusion of healthy individuals who self-select out of the program may skew the results – we won’t know until more data is available,” said NMA spokeswoman Ashley Burke. The authors of the NIOSH report said that their findings underscored the need for stricter regulations as the administration of US President Donald Trump seeks industry feedback on coal dust policy enacted in 2014. The 2014 standards reduced allowable miner coal dust exposure in underground mines to 1.5 milligrams per cubic meter, from 2 mg/m3. “Enhancement and diligent enforcement of the 2014 standards remains critical for reversing these trends,” they wrote. Burke said the NMA does not oppose the 2014 limits. She added: “The study’s findings are very troubling but, importantly, cover miners whose exposure dates back decades, before more rigorous standards were put into place.”

The highest rates of the disease are appearing in central Appalachian states like Kentucky and West Virginia, according to the report. In that region, a fifth of long-serving miners have black lung disease, and five percent have an advanced form considered completely debilitating. “We can think of no other industry or workplace in the United States in which this would be considered acceptable,” they wrote in the report. Health officials, who have been flagging anecdotal evidence of increased rates of black lung for years in Appalachia, say miners in the region are plumbing the depths of played-out coal seams using heavy blasting equipment that can exacerbate dust exposure. The National Academies of Sciences, Engineering and Medicine last month said that coal companies need to make a “fundamental shift” in how they control exposure to coal dust. It also urged regulators to enhance dust monitoring and conduct more research on the causes of the resurgence. Meanwhile, a federal fund to aid victims of black lung disease could require a multi-billion dollar taxpayer bailout if Congress does not extend or increase the tax on coal production that funds it, the Government Accountability Office said last month.