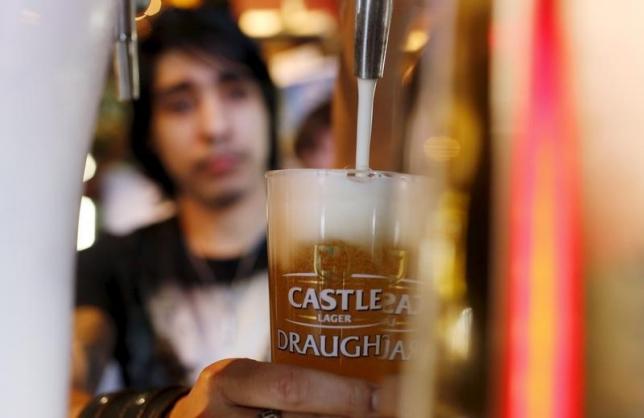 NEW YORK - Anheuser-Busch InBev SA (ABI.BR) could bid about $106 billion (£69.82 billion) for SABMiller (SAB.L) within days, with an opening offer expected as early as Monday morning, the Sunday Times reported. The world’s two biggest brewers have begun “friendly” talks, sources told the Times. SABMiller, the maker of Peroni and Grolsch, is said to be playing hardball with AB InBev over price, but is not unreceptive to a deal. AB InBev and SABMiller declined to comment on the report. Earlier this month, AB InBev, brewer of Budweiser, Stella Artois and more than 200 other brands, approached SABMiller about a takeover that would form a colossus producing a third of the world's beer. A merged group would have a market value of around $275 billion, and would combine AB InBev's dominance of Latin America with SABMiller's of Africa, both fast-growing markets, as well as their breweries in Asia. -Reuters