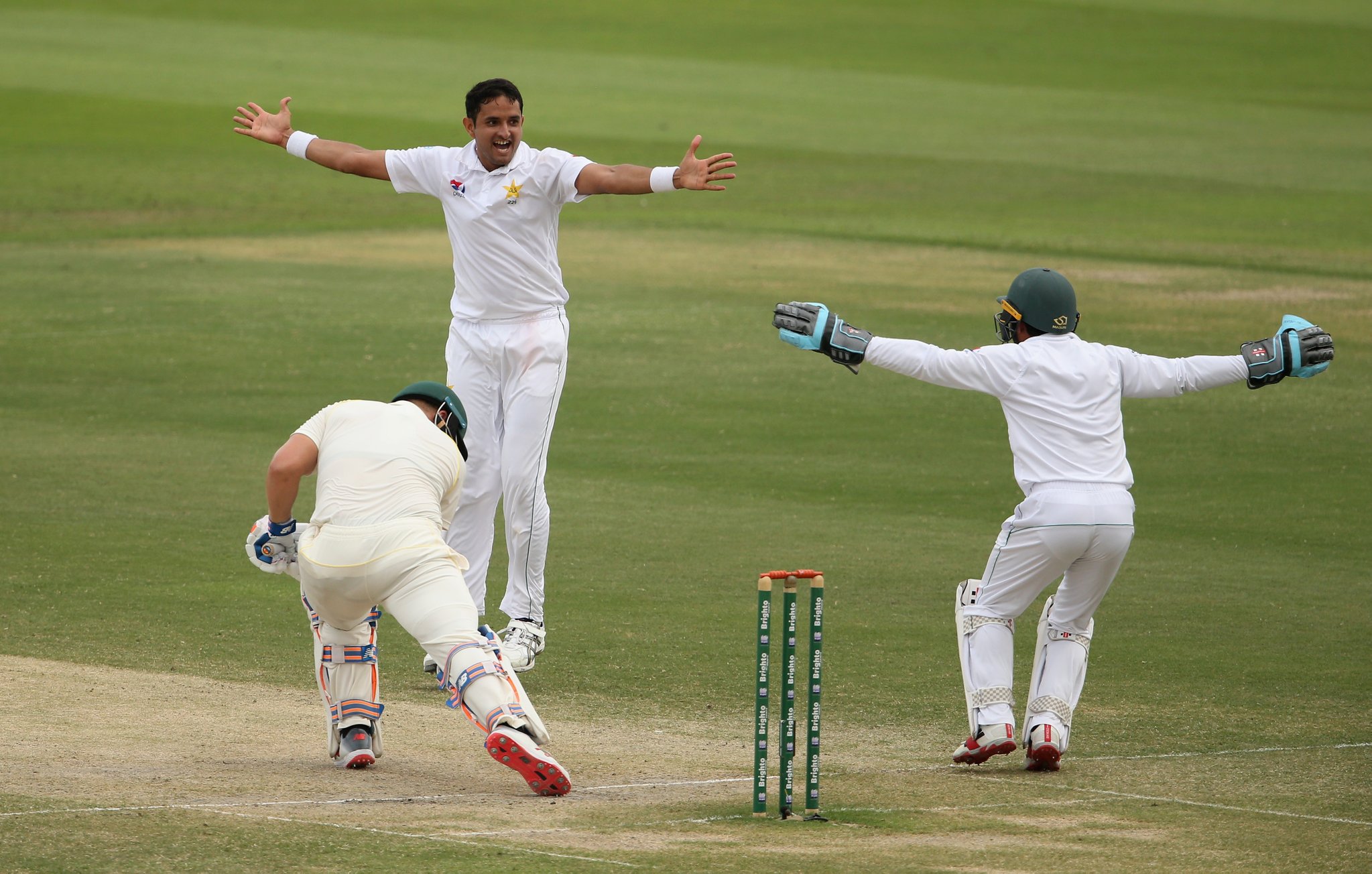 ABU DHABI (92 News) – Pakistan won a Test series against Australia as sensational Pakistani bowler Abbas ripped through the Australian top order on four day of the second match in Abu Dhabi. Abbas picks up four early wickets of the top order batsman of the Australian team on the fourth morning. Pakistani Shaheens defeated Asutralian Kangaroo from 373 runs in the second Test match in Abu Dhabi. Pakistan declare second innings on 400/9, setting Australia 538 to win. Needing 491 runs to win the match, Australia started their second innings on 47 for one before Abbas took four wickets in the morning session to send Aaron Finch, Travis Head, Mitchell Marsh and skipper Tim Paine back to the pavilion. Chasing a target of 538 runs, Australia still needs 455 runs with five wickets in hand. No team has ever chased more than 418-7 to win a Test, made by the West Indies against Australia at Antigua in 2003. On Thursday, Pakistan grabbed an early wicket after Babar Azam struck a fluent 99 while skipper Sarfraz Ahmed followed up his first-innings 94 with 81 as Pakistan declared their second innings at 400-9. While, the first Test ended in a draw in Dubai last week. Pakistan declared their second innings at 400-9 with Babar Azam (99), Sarfraz Ahmed (81) and Azhar Ali (64) the main run getters.