Abbasi, Ghani agree not to allow their soils to be used against each other

Abbasi, Ghani agree not to allow their soils to be used against each other 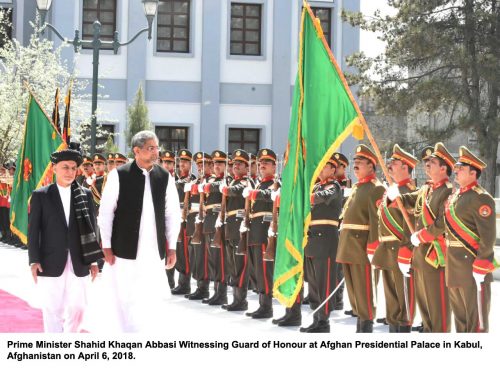 The two leaders agreed that Afghanistan Pakistan Action Plan for Peace and Solidarity (APAPPS) provided a useful framework for broad based and structured engagement on all issues of mutual interest and decided to operationalize the five working groups under APAPPS. Prime Minister Abbasi welcomed President Ghani’s vision for peace and reconciliation in Afghanistan and his offer of peace talks to Taliban. Both leaders called on the Taliban to respond positively to the peace offer and join the peace process without further delay. They agreed that there was no military solution to the ongoing Afghan conflict and that the political solution was the best way forward. The two leaders reiterated that terrorism was a common enemy and threat. 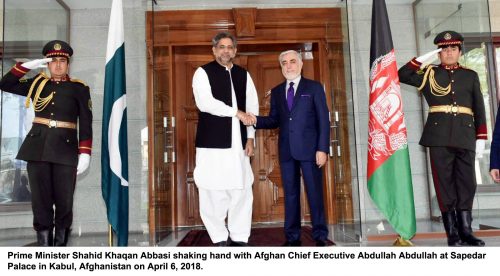 They agreed not to allow their soils to be used for anti-state activities against each other. Both the leaders agreed that peace, prosperity and stability of the two countries are interlinked. They reaffirmed their resolve to work together to address all issues of bilateral and transit trade. They also expressed their firm resolve not to allow politics to affect their economic relationship which was important for the welfare of the peoples of the two countries. The two leaders reaffirmed their commitment to regional connectivity as they had done in Herat on February 23, 2018 while jointly inaugurating the entry of TAPI Gas Pipeline from Turkmenistan into Afghanistan. 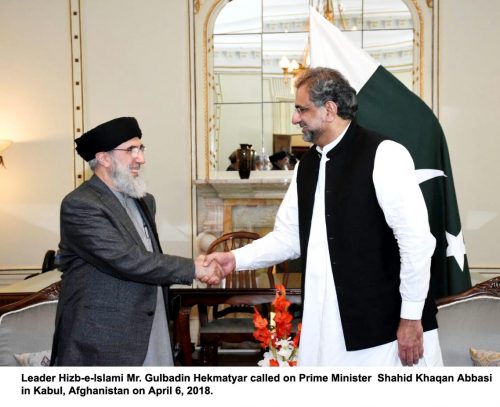 They agreed to hold an early meeting of the Joint Economic Commission to take forward planning and implementation of key rail road gas pipeline and energy projects that would integrate Pakistan and Afghanistan with Central Asia. The two leaders also agreed to move forward on Chaman-Kandahar-Herat railway line, Peshawar-Kabul Motorway, and other connectivity projects which can help realize the tremendous potential of South and Central Asian Regions by providing shortest access through the sea ports of Gwadar and Karachi. They emphasized early completion of TAPI and CASA-1000 projects. The prime minister also met Chief Executive Dr Abdullah Abdullah. Both leaders discussed the entire range of bilateral matters and agreed on regular leadership contacts. 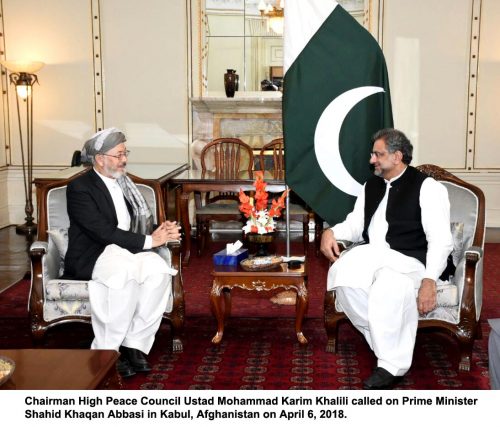 The prime minister announced a gift of 40,000 tons wheat for the Afghan people. He also announced waiver of additional regulatory duty on Afghan export to Pakistan to help lift the Afghan economy. The two sides also agreed to initiate discussions on consular matters and exchange of civilian prisoners. President Ghani and Prime Minister Abbasi reaffirmed their resolve to build trust and confidence between the two countries by working closely for peace, prosperity and stability in their countries. 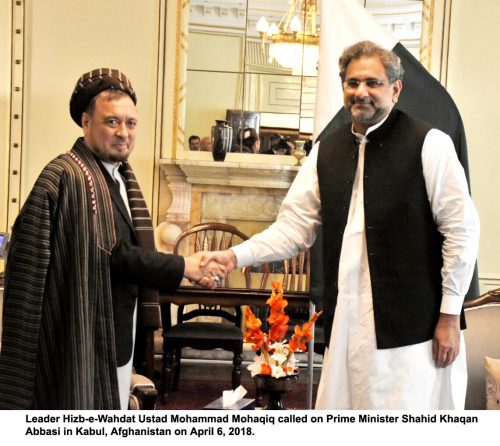 The two leaders agreed to continue the exchange of high-level visits. Prime Minister Abbasi extended invitations to President Ghani and Chief Executive Abdullah Abdullah to visit Islamabad at their earliest convenience. The prime minister met with senior political leaders, including Gulbadin Hekmatyar, Ustad Mohammad Mohaqiq, Ustad Mohammad Karim Khalili and Pir Sayed Hamed Gailani, to convey the support of the government and people of Pakistan to all ethnic groups in Afghanistan and underscore Pakistan’s commitment to peace and stability in Afghanistan.