Abbasi hints at protest against Al-Azizia verdict in parliament, on streets 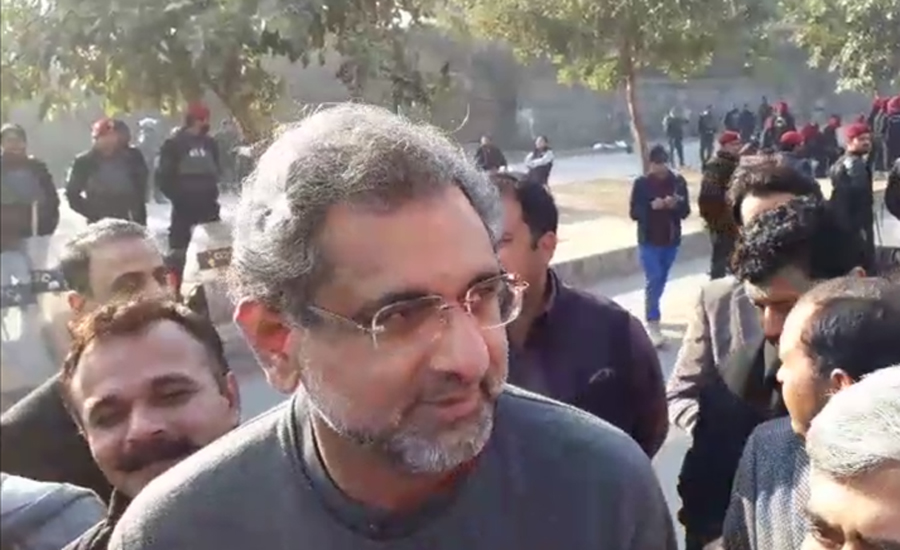 Abbasi hints at protest against Al-Azizia verdict in parliament, on streets

ISLAMABAD (92 News) – Responding to former prime minister Nawaz Sharif’s conviction in Al-Azizia reference, Pakistan Muslim League-N (PML-N) leader Shahid Khaqan Abbasi hinted at protest against the verdict. Speaking to the journalists after pronouncement of the verdict, the PML-N leader said the party has right to protest and file an appeal against the verdict. Expressing strong reservations, Abbasi also announced to stage protest in the parliament and on the streets, besides filing an appeal against the verdict. He mentioned that he will not take any step which would be considered as fear for democracy. The former prime minister said that they will not resort to the path of violence. “We respect courts and accept their verdicts but people and history won’t accept them,” he said. Shahid Khaqan Abbasi lamented that this verdict was handed down by closing the court’s door and deploying police around it. “This is the first verdict in the history of Pakistan which was pronounced after six hours’ delay.” Earlier in the day, an accountability court sentenced former prime minister Nawaz Sharif to seven years’ imprisonment in the Al-Azizia reference case The accountability court judge Muhammad Arshad Malik announced the verdict in the Azizia and Flagship Investment today and sentenced the PML-N supreme leader to seven years in prison and ordered him to pay $25 million fine.