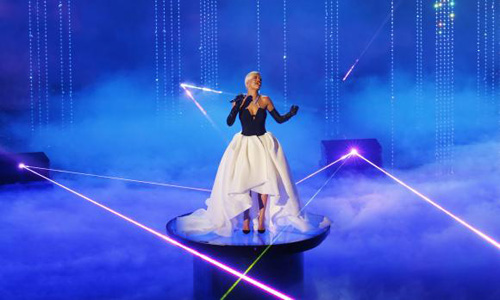 LOS ANGELES (Reuters) - Sunday's Academy Awards telecast on ABC drew its smallest audience in six years with 36.6 million average viewers, according to Nielsen figures, in what critics deemed a long, lackluster show and limited box office appeal among top nominees. Nielsen data on Monday showed a 16 percent decline from last year, a significant drop for Walt Disney Co's ABC since the program is its biggest annual draw. ABC banked on actor Neil Patrick Harris, who has earned plaudits as host of TV's Emmy Awards and theater's Tony Awards, to build on the momentum of comedian Ellen DeGeneres, who helped last year's show attract 43.7 million viewers, its biggest audience since 2000. The Oscars annually attracts the biggest non-sports TV audience in the United States, but the show this year drew the lowest viewership since 2009. ABC is signed on to broadcast Hollywood's biggest awards show through 2020. Harris, 41, who has a strong following among younger viewers as the star of sitcom "How I Met Your Mother," was seen as a bridge between older viewers and the younger audiences advertisers covet most. The telecast reached 60 million US viewers overall, according to Nielsen figures. Producers Craig Zadan and Neil Meron, in their third straight year running the Oscars telecast, gambled on big musical numbers with the likes of Lady Gaga's tribute to "The Sound of Music" and an opening song-and-dance routine that failed to garner a strong ovation from the star-studded crowd. Critics faulted the show, which ran about 40 minutes longer than its three-hour schedule, for poor writing and bland bits. Harris ventured into the audience like DeGeneres did last year, but failed to spark a popular moment on social media as when the comedian took a selfie with several stars. Mary McNamara, television critic at the Los Angeles Times, faulted the show for its emphasis on how Martin Luther King Jr biopic "Selma" seemed to have gotten snubbed for some awards and the resulting debate about diversity among Oscar voters. "As if trying to make up for 'Selma' being overlooked in many categories, the camera sought out and lingered on nonwhite members of the audience whenever 'Selma' or the Rev. Martin Luther King Jr. was mentioned," McNamara wrote. Additionally, besides "American Sniper," which made $320 million at box offices in the United States and Canada, the other seven best picture nominees failed to surpass $85 million, and few A-list Hollywood stars earned acting nominations unlike last year.