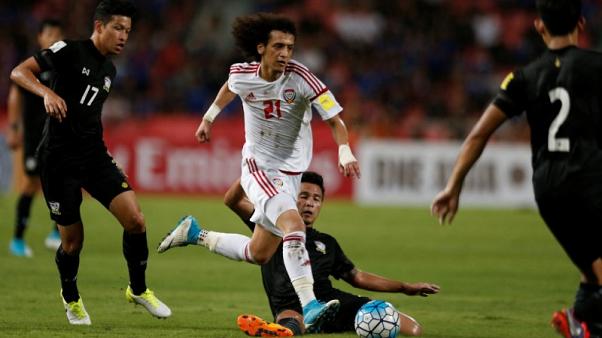 HONG KONG (Reuters) - Reigning Asian Player of the Year Omar Abdul rahman has been named among the nominees for this year’s award, the Asian Football Confederation (AFC) announced on Saturday. The United Arab Emirates midfielder, who plays his club football for Al Ain, features on a three-man shortlist alongside China and Shanghai SIPG winger Wu Lei and Syrian striker Omar Khribin. Australia’s Samantha Kerr, meanwhile, is among the three nominees for the women’s award, along with Sung Hyang-sim of North Korea and Japan’s Saki Kumagai. The winners will be announced at a ceremony in Bangkok on November 29.