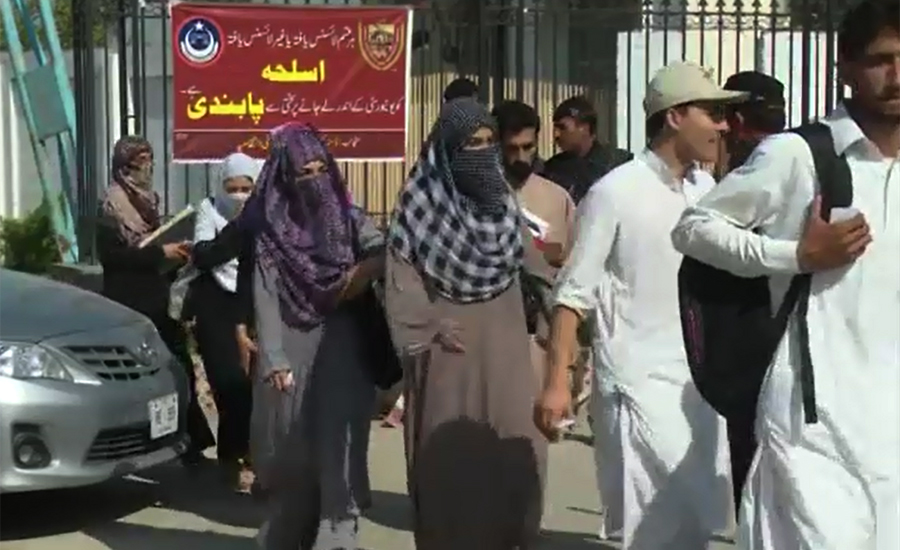 MARDAN (92 News) – Abdul Wali Khan University was reopened on Thursday after 41 days of the lynching of Mishal Khan.

Classes resumed in all campuses, including Garden Campus. About 60 cops have been deployed in each campus.

Two students were arrested for possessing weapons and narcotics.

The university was closed after the murder of Mishal Khan on April 13. The main campus was reopened three days ago.

The vice-chancellor said that all the campuses of the university had been reopened. “Students are under mental stress and they will be provided counseling,” he said.

However, the hostels have not been reopened due to ongoing repair work. “Hostels will be reopened soon,” said the VC.