About 25 killed in suicide attacks, shelling across Iraq 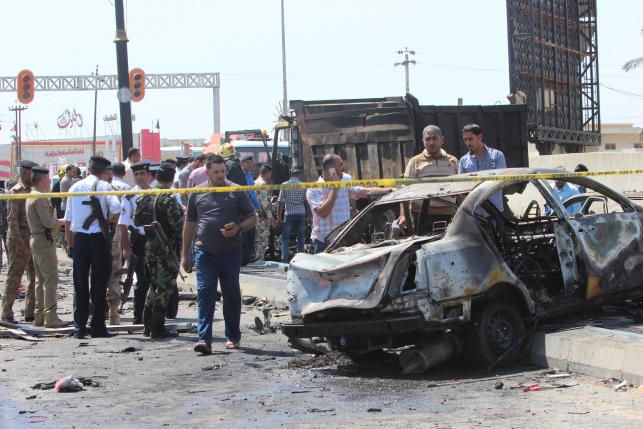 About 25 killed in suicide attacks, shelling across Iraq

BAGHDAD – About 25 people were killed on Monday across Iraq, most of them in suicide attacks targeting members of Shi'ite militias and military forces, security officials said. Islamic State, which controls territory in northern and western Iraq, claimed several of the attacks on statements on its Amaq news agency. More than 60 people were wounded. A suicide car bomb blew up in the center of Basra, the largest city in Iraq, killing five people, and another targeted a convoy of the Popular Mobilization Force (PMF), a coalition of Shi'ite militias, killing five, in the town of Mashahdeh, north of Baghdad. People wearing suicide belts blew themselves up at a military checkpoint in the north of Baghdad, killing five, and in the middle of a crowd of PMF outside a restaurant in the southern city of Nassiriya, killing four. Two members of the government's security forces were killed in suicide car bombs in the province of al-Anbar, west of Baghdad, and a third was killed south of Baghdad by an explosive device, local security sources said. Two people were also killed when mortar rounds hit the district of Abu Ghraib, west of the capital, they said. –Reuters