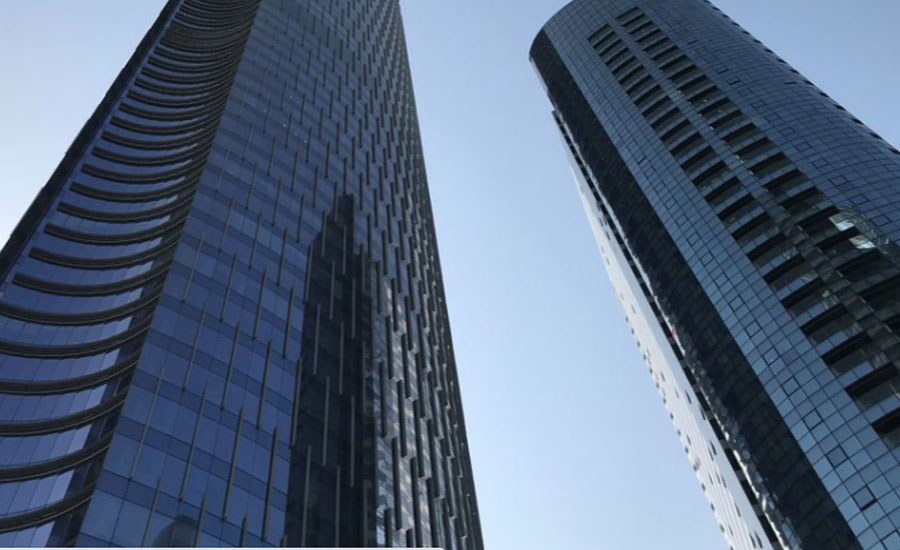 They have also pursued another venture: selling COVID-19 vaccines into Europe.

Muzaleva wrote a proposal to the Czech ambassador to the United Arab Emirates, reviewed by Reuters and dated Feb. 24, offering to procure and sell at least 1 million doses to the Czech Republic of Covishield, the shot from Anglo-Swedish drugmaker AstraZeneca.

She said the vaccines would be supplied by an unnamed partner from AstraZeneca's "UK and India plant" and delivery would follow within 45 days of payment being received.

While the Czech government did not take up the offer, it came to light on March 3 when Prime Minister Andrej Babis, singling Muzaleva out by name, told a news conference he would not support the "black market".

Reached at her mobile number, Muzaleva said there had been "no deal" but declined to discuss the matter further. She did not respond to subsequent written questions. Reuters could not establish whether Muzaleva was in a position to access the vaccines.

After the Czech government made the unsolicited offer public, AstraZeneca said that there should be no private sector supply deals for the sale or distribution of the vaccine in Europe.

The drugmaker did not respond to requests for further comment for this story on Muzaleva's proposal.

The Abu Dhabi media office also did not respond when asked whether authorities were aware of Muzaleva's offer or whether they had investigated it.

Muzaleva's email, details of which have not previously been reported, provides another window into how private individuals have tried to make money by offering shots to countries amid a global shortfall of vaccinations and as COVID-19 cases surge.

In neighbouring Germany, the government said it had received several offers of COVID-19 vaccines from intermediaries. Its response has been to tip off the manufacturer, the European Commission and, in some cases, international law enforcement.

"This pandemic is creating a gold rush atmosphere in which people try to do all kinds of deals," Health Minister Jens Spahn told a news conference in Berlin on April 9 on efforts to fight the pandemic.

"Our government buys exclusively from manufacturers," he said, responding to a question on whether the government had received unofficial vaccine proposals and how it handled them.

The European Anti-Fraud Office (OLAF), an EU agency, said that a dozen European countries had reported offers by intermediaries to sell large quantities of vaccines, with the apparent aim of securing down payments before disappearing with the money.

Such intermediaries had been inactive or trading in very different types of goods until recently, OLAF said in response to Reuters questions. It declined to discuss specific cases.

They are often located in third countries outside the EU "to make their identification more difficult and hard to investigate", OLAF added.

In total, OLAF has observed scams or fake offers for around 1 billion vaccine doses, at a total asking price of almost 14 billion euros ($17 billion). It knew of no cases where a government had paid up for such a scam.

Muzaleva's email was written in stilted English with poor punctuation.

"We will be privileged to source you the entire quantum of doses you require," Muzaleva wrote to Czech Ambassador Jiri Slavik.

"I hope to hear from you at your earliest convenience, it must be stressed that vaccines are allocated on a first come first serve basis and the demand is understandably large."

The Czech embassy referred Reuters to the Foreign Ministry in Prague.

"The embassy considered the offer to be credible also because it (the embassy) had received positive references (about the offer) from the leadership of the Hungarian embassy," a foreign ministry spokeswoman said.

Reuters could not independently confirm this. The Hungarian embassy in Abu Dhabi and the Hungarian government did not respond to requests for comment.

Muzaleva made the offer in her capacity as chief financial officer of a company that is registered in Abu Dhabi called Enhanced Recovery Company Middle East LLC (ERC).

ERC's business licence covers oil and gas services, general trading, trade in tea, para-pharmaceuticals and dietary supplements, according to an entry in the corporate registry that does not list its owners.

She sought 100% payment from the Czech authorities in advance secured against a guarantee from Commercial Bank of Dubai or First Abu Dhabi Bank, or a downpayment of 25% and the rest on delivery to ERC. Neither bank responded to requests for comment.

The Abu Dhabi PO Box address given by Muzaleva for ERC matches that of an art gallery she runs which shows mainly Ukrainian art, and a real estate agency. The agency is run by her husband, Perger, according to two current and one former staff members contacted by Reuters.

Perger is copied into the email sent by Muzaleva and is named as the recipient in a draft Letter of Intent that she sent asking the Czech authorities to sign to secure the Covishield shots. He did not respond to written questions or a request to comment passed through company staff.

The Czech Republic has had a tough pandemic – its cumulative death toll from COVID-19 is the highest of any country in the world, measured as a share of the population, according to Our World In Data.

Thus far, the Czech Republic has administered 2.47 million doses of various vaccines as of Sunday.

Speaking about why the Czech government refused the offer, Babis told the March 3 news conference that the government had pledged to only buy AstraZeneca's vaccine directly.

"We will not support some black market and I cannot imagine the state would pay up front to some company where this person called Natalya is signing," Babis said, referring to the vaccine offer from Abu Dhabi.

The offer was exorbitant, he added.

"If the offer was for $22 for AstraZeneca and we can buy it for about $2.50, then I really cannot take it seriously."