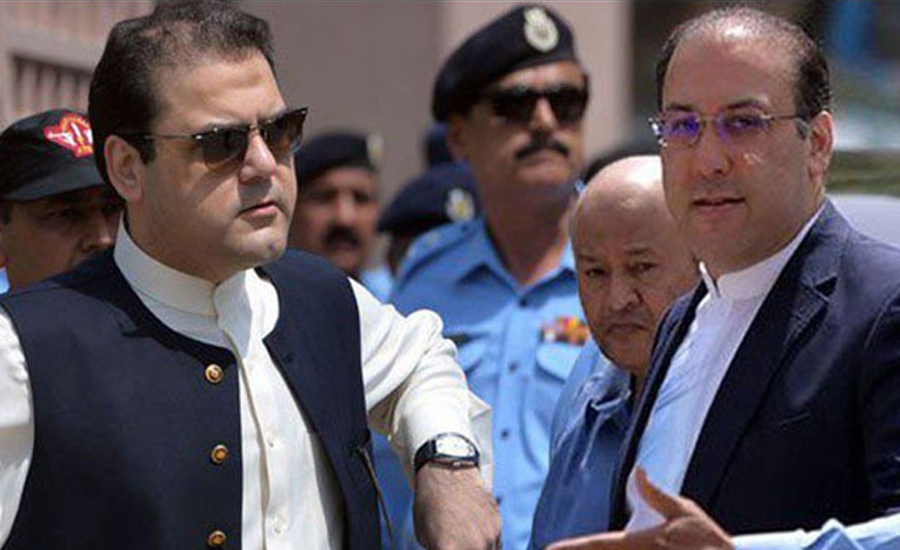 ISLAMABAD (92 News) – The accountability court on Monday declared sons of former prime minister Nawaz Sharif, Hassan Nawaz and Hussain Nawaz as proclaimed offenders in three references against them by the National Accountability Bureau (NAB). “Arrest warrants of both suspects will stand,” ruled the court. In line with the rules contained in NAB Ordinance, the process of recording statements against the two suspects has been initiated. NAB also presented a report in court regarding property owned by the brothers, which stated that the accountability bureau did not find any property in the country owned by them. Nawaz Sharif and his sons have been indicted separately in all three NAB references. Flagship Investment Co, Al-Azizia Steel Mills and Sharif family’s Avenfield Properties in London, while Maryam and husband Safdar have been named only in the Avenfield reference. NAB had also submitted details of four bank accounts of Hussain Nawaz. According to it, Hussain has $3992 in an account; $4272 in second account; £207 in third account and Rs.0.3 million in fourth account. NAB had informed the court that Lahore Development Authority (LDA) and Defence Housing Authority (DHA), Deputy Commissioner Lahore and Bahria Town have provided to details of Hussain’s properties.