ISLAMABAD (92 News) – Former prime minister Nawaz Sharif has on Tuesday appeared before the accountability court (AC) in Islamabad. The accountability court judge Muhammad Bashir heard three references filed against Sharif family by the National Accountability Bureau (NAB) for having assets beyond their known sources of income, including London flats and Azizia Steel Mills. During the proceedings, Nawaz Sharif told the court about his wife Begum Kulsoom Nawaz’s ailment to which the judge allowed him to go. The court while summoning the Sharif family on October issued bailable arrest warrants of the former PM’s sons Hassan Nawaz, Hussain Nawaz, Maryam Nawaz and his son-in-law Captain (r) Safdar. The court directed them to submit surety bond of Rs1 million each. The court also announced to indict Nawaz Sharif on the next hearing on October 2. Nawaz Sharif, his sons Hussain and Hassan Nawaz, daughter Maryam Nawaz and son-in-law Capt Safdar were summoned by the court in London flats reference. The court has also summoned Nawaz Sharif Hussain and Hassan Nawaz in the Azizia Steel Mills reference. 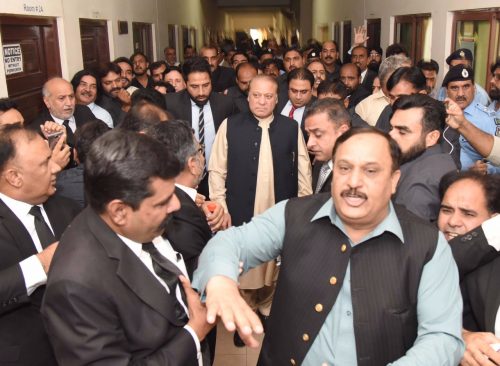 Sharif family had failed to appear before the court on September 19. The accountability court has issued fresh summons against the Sharif family asking them to appear today. Earlier, hundreds of Sharif's supporters, including Pakistan Muslims League-Nawaz (PML-N) leaders, lawyers, lawmakers and several ministers were present in the court premises. Heavy security arrangements were made on the ocassion. More than 35 vehicles were part of Sharif's convoy which safely reached Punjab House after his appearance in the court. Five judges disqualified Sharif after he failed to disapprove of a previously undeclared company in Dubai. Sharif had contested that FZE Capital firm in Dubai belonged to his son and he was chairman board of directors and never received any salary. But the apex court declared him not being truthful and honest for hiding this company from tax authorities. The Supreme Court also ordered the National Accountability Bureau, the country’s top anti-corruption body to register corruption cases against the Sharif family for failing to submit a paper trail to their assets stashed abroad through off shore companies. 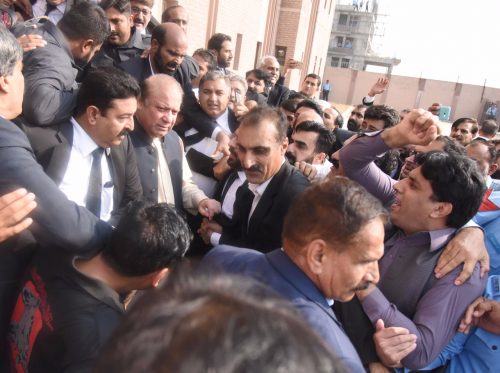