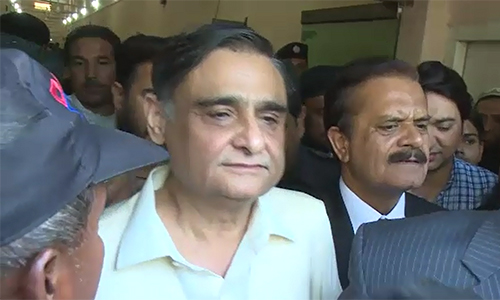 The Accountability court has sent Dr Asim Hussain to jail on a judicial remand till February 22 in corruption cases.

Senator Saeed Ghani said that they would not sit silent if injustice done to them.

Former federal minister Dr Asim Hussain also met his family members after which he was shifted to Jinnah Hospital.