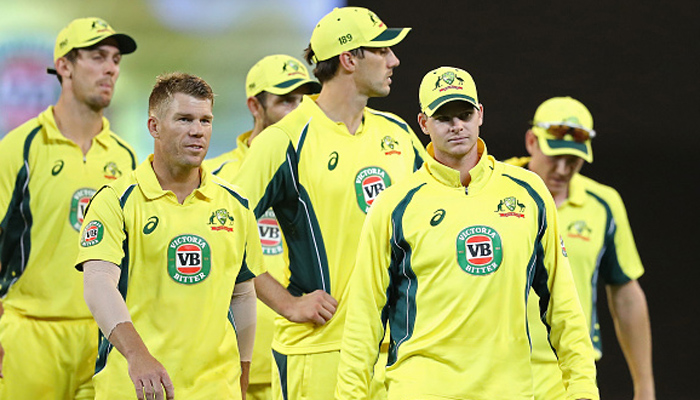 MELBOURNE - The Australian cricketers' union has told players a pay deal may not be struck with the national board before the home "summer of cricket", which includes the lucrative and highly anticipated Ashes series.

The long-running pay dispute has already scuppered an Australia A tour to South Africa and left upcoming tours of Bangladesh and India in doubt.

The Australian Cricketers' Association said it had presented a new "Terms Sheet" to Cricket Australia but warned players that a new collective bargaining agreement, known as the Memorandum of Understanding (MoU), would take time to complete.

"If there is agreement, the next step would be the more intensive MOU and contract drafting period," Nicholson said in excerpts of the email published by Fairfax.

"Given past experience and the massive detail involved, this would take some time and still may not be completed with time enough to meet the needs of fans, sponsors and broadcasters invested in the upcoming tours and the summer of cricket."

Australia's home summer kicks off with the first match of the five-test Ashes series against England in Brisbane from Nov. 23.

Around 230 players have been effectively unemployed since the previous five-year MOU expired at the end of last month.

Local media reported on Friday that a week of talks between the union and CA had collapsed but the board said they expected them to resume early this week.

"Cricket Australia will not comment on details of the negotiation but are surprised and perplexed at the current situation given progress is being made on a range of issues," the board said.

"We have been in constant communication with the ACA this week and are expecting further meetings on the negotiation to resume early next week, and aside from hearsay through the media have had no formal advice on their position."

The major sticking point in the dispute is Cricket Australia's insistence that a 20-year-old model, under which players get a fixed percentage of revenue, should be jettisoned.

Cricket Australia believes the revenue-share model is unfit for modern times and is starving grass-roots cricket of funding, while players say it has underpinned the game's growth and prosperity over the past 20 years.

The ACA said it had made a number of concessions to CA in its 'Terms Sheet', including accepting "CA's lower end revenue scenarios" as the basis for allocating pay along with lowering players' revenue share to allow for a new 'Grassroots Investment Fund'.

But the union added that CA had dismissed "a number of fundamentals" in the Terms Sheet and that it was seeking further clarification from the board. -Reuters