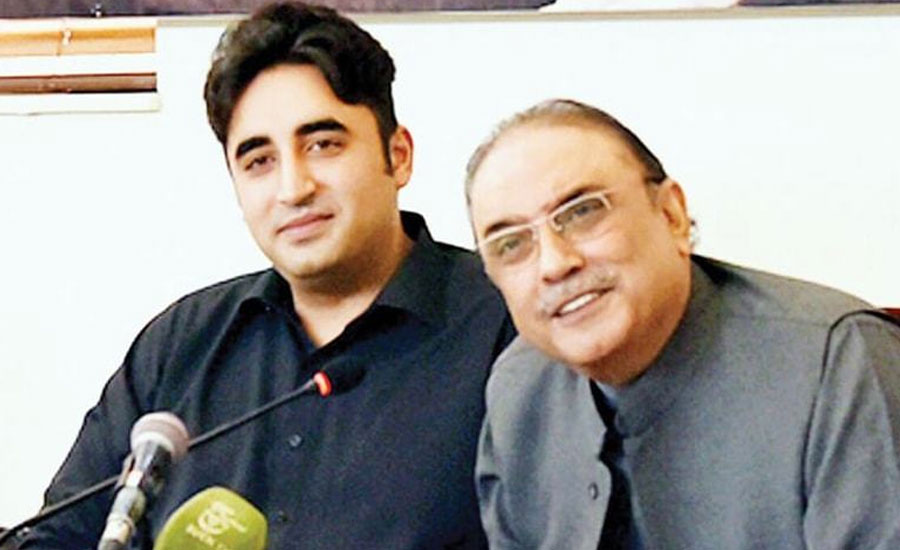 RAWALPINDI (92 News) – Pakistan People’s Party (PPP) Chairman Bilawal Bhutto Zardari was allowed to meet with former president Asif Ali Zardari in the Rawalpindi office of the National Accountability Bureau (NAB) on Thursday (today). The PPP chairman requested the accountability court to meet his detained father accused in corruption cases on Thursday. Meanwhile, the court allowed Bilawal to meet Zardari in the Rawalpindi office. Bilawal Bhutto will go for meeting with his father after a while. On July 19, another trouble for the PPP co-chairman Asif Ali Zardari as the NAB has filed Park Lane reference against him. According to the reports, Asif Ali Zardarim Abdul Ghani Majeed, Hussain Lawai including 17 accused were nominated in the reference. The reference alleged that the accused took out Rs1.5 billion loan from the bank through illegal way and transferred to the company account in a private bank. It also alleged that he had forged documents to comply with the loan policy and coaxed the National Bank into loan approval. The accountability court registrar started to audit the submitted reference by the NAB. It is noteworthy that the PPP leader is already in the custody of the NAB in the Park Lane case. Earlier, Bureau Chairman Justice (Retd) Javed Iqbal accorded approval for filing of reference against former president Asif Ali Zardari in Park Lane Properties case. During the executive board meeting of the bureau, the NAB chief had consented to file the reference, against the Pakistan People’s Party co-chairman, which incurred the loss of Rs 3.77 billion to the national exchequer. On the occasion, the NAB’s chairman said its’ the NAB’s foremost priority to take the mega cases to logical conclusion. An amount of Rs326 billion recovered as looted money of nation had been deposited in the national kitty, Javed Iqbal said. In the previous meeting held on June 17, the NAB chairman had approved investigations into the Liquefied National Gas (LNG) scandal and bullet proof vehicles issue. According to details, Asif Ali Zardari was allegedly for running a fake front company by the name of Parathon as a shareholder in Park Lane properties.