Accountability will begin from me, says Imran Khan 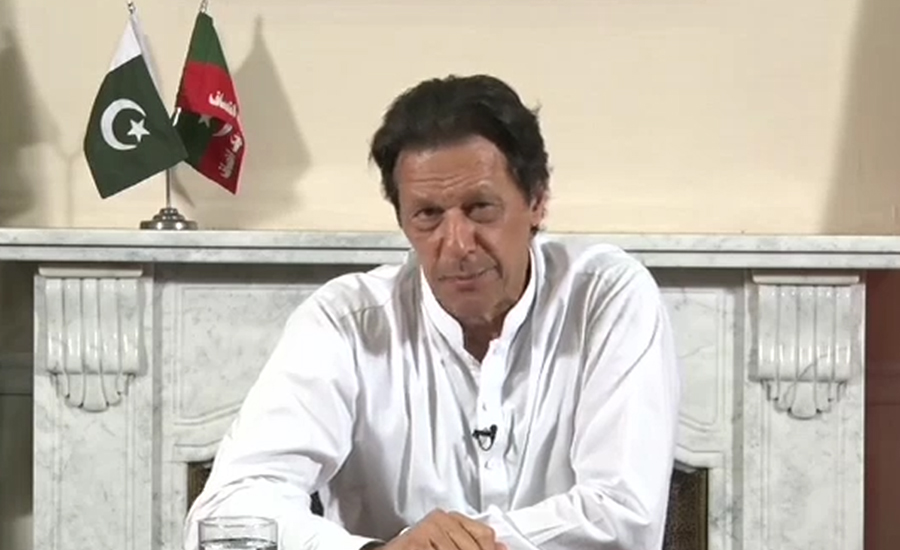 Accountability will begin from me, says Imran Khan

ISLAMABAD (92 News) – Pakistan Tehreek-e-Insaf (PTI) Chairman Imran Khan has said on Thursday that he wants to make Pakistan a welfare state and assured opposition parties for probing their rigging allegations. Addressing a press conference, Imran began his presser with thanking the nation for stepping out to vote in the July 25 polls. The PTI chairman further rejected rigging allegations from opposition parties and assured them of complete cooperation in scrutinising as many constituencies as they want. Imran Khan vowed that his government will be the first that does not engage in political victimisation. He said that accountability will begin from him and his ministers in his mission to battle the scourge of terrorism in the country. He expressed his desire, saying that living in the Prime Minister's House also feeling for shame to him. The PTI chief also said that he will reduce his personal expenses. Commenting on the foreign policy, he said that the PTI wanted to improve our relations with neighbouring countries. He said that CPEC is crucial and Pakistan want to learn poverty alleviation from China. Imran also stressed that he wants to improve relations with Afghanistan and that his government will strive to ensure peace in the neighbouring country. Talking about India, Imran said that he felt disappointed over the Indian media's coverage of his electoral campaign. He said that If Indian government is ready for improved relations with Pakistan then why not. He remarked that If India take one step towards Pakistan, the upcoming PTI government will take two, but they need to take that one step. Imran stressed that dialogue is the only solution to resolve the issue of the South-Asia.