KARACHI (92 News) – The administration along with K-Electric spoiled the festivities of Eidul Azha across the city. After 40 hours of the heavy rain, K-Electric failed to restore power to the city. The complete blackout in all areas, including Landhi, Malir, Quaidabad and Shah Faisal, made life a hell. After the rain, water from swelled Thadu Dam entered Saadi Town and adjoining areas. People were confined to their houses and could neither offer Eid prayers nor sacrifice animals at several places. 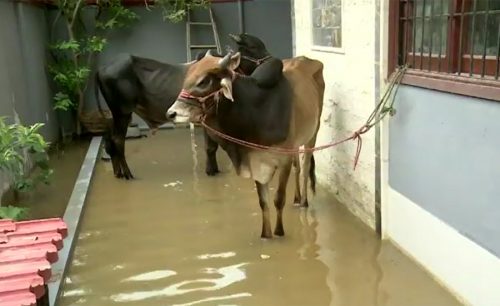 Residents have appealed to Pak Army to help them. Moreover, graveyards in Model Colony are in an abysmal state. Sindh Chief Minister Syed Murad Ali Shah visited several areas in rain-affected areas. Taking to the media, the chief minister said that the federal government should come and work and they would not stop here. “The people should submit applications against K-Electric and the Sindh government will take action,” he added. 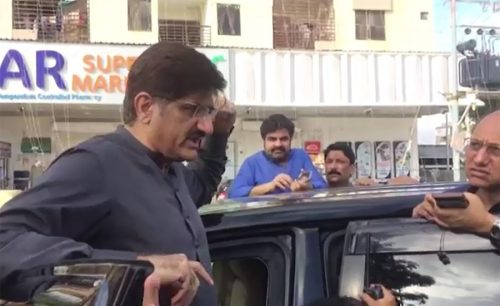 Sindh Cabinet members, including Nasir Shah, Murtaza Wahab and Saeed Ghani, also accompanied him. In Sohrab Goth, a man was killed and 15 others injured when the roof of a mosque collapsed. Meanwhile, three friends electrocuted due to negligence of K-Electric were buried in a local graveyard. A large number of people attended their funeral prayers in Toba Mosque, Defence. All the three lived in the same building. Residents of the locality have announced to register a case against K-Electric. On the other hand, Karachi Mayor Waseem Akhtar has announced to register a case against K-Electric for 30 deaths. He said that electric wires had fallen in the accumulated rainwater, but there was no one to lift the wires. 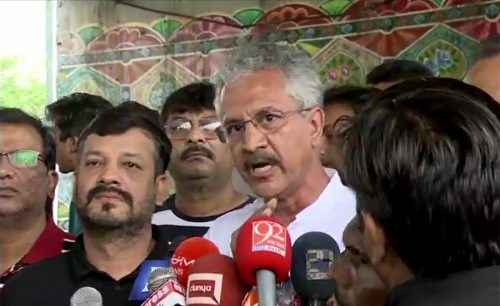 “The entire city has drowned, but no one is serious about the matter. The PM should visit the city and see that the people are dying,” the mayor said.