Accused of Nankana Sahib incident will be dealt as per law: Ijaz Shah 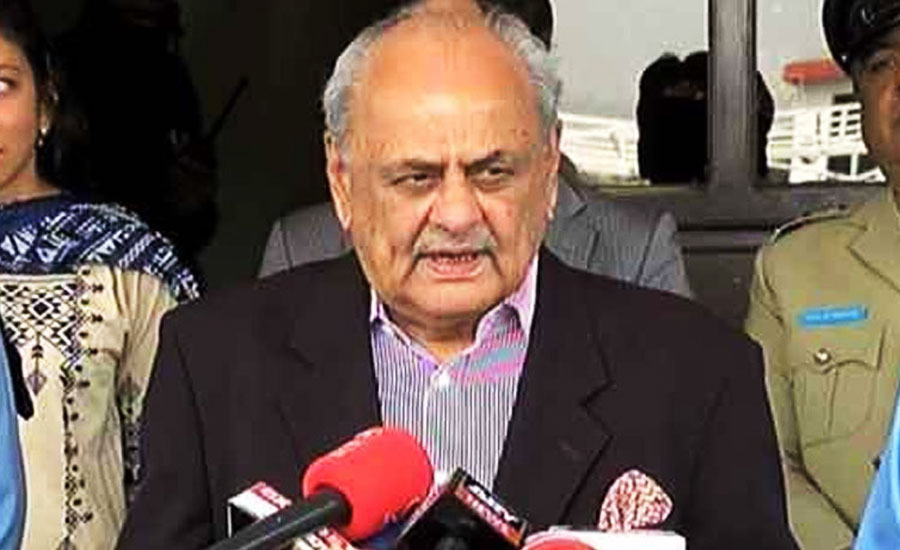 Accused of Nankana Sahib incident will be dealt as per law: Ijaz Shah

ISLAMABAD (92 News) – Minister for Interior Ijaz Shah said on Sunday that the accused of Nankana Sahib incident will be dealt in accordance with law. Speaking to the journalists, the interior minister has said that non-state actors want to harm brotherhood practice in Pakistan. He also mentioned that Pakistan has set an example of brotherhood for the entire world as Muslims and minorities are living together with harmony. “The international community is closely watching anti-Muslims moves in India,” he maintained. He reiterated that the government is standing alongside with the minority community and the accused persons will be dealt in accordance with the law in Nankana Sahib incident. The minister also said the enemies of the country wanted to destroy the atmosphere of brotherhood in the country. He vowed that he will serve the nationals including the people belonging to the minorities’ community. Ijaz Shah said media and social media will expose the truth in the incident. He detailed that the children aged between 15 to 16 years came there, whereas, the people who raised slogans and gave statements at Nankana Sahib expressed embarrassment over the incident. He said a case has been filed in the incident and legal action will be taken in this regards. He further elaborated that it is the government’s responsibility to deal with any untoward incident. Earlier today, Prime Minister Imran Khan said that recent condemnable Nankana incident is against his vision and will find zero tolerance. “The major difference between the condemnable Nankana incident and the ongoing attacks across India on Muslims and other minorities is this: the former is against my vision & will find zero tolerance & protection from the government including police and judiciary,” the premier tweeted.

The major difference between the condemnable Nankana incident & the ongoing attacks across India on Muslims & other minorities is this: the former is against my vision & will find zero tolerance & protection from the govt incl police & judiciary;