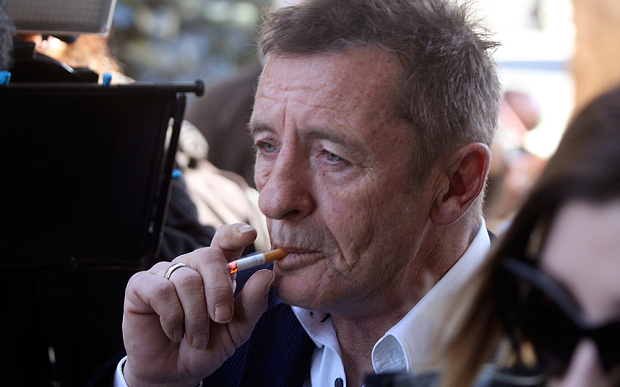 WELLINGTON - Phil Rudd, the Australian-born former drummer for rock band AC/DC, was remanded on bail by a New Zealand court on Monday for breaching the conditions of his home detention, media reported. Rudd, 61, pleaded not guilty to the charge of consuming alcohol, from which he is prohibited, and was remanded on bail until a hearing in late November, the Sunlive website reported. The prosecution said Rudd had admitted to the charge when arrested two weeks ago and wanted an immediate hearing, but a defense lawyer disputed the facts and said it would take time to gather witness statements. Rudd is barred from drinking alcohol and unprescribed drug use as part of the conditions of his sentence of eight months home detention for threatening to kill and drug possession arising from incidents last November. Rudd, who is appealing against his conviction and sentence, cannot leave his large waterfront home in Tauranga, about 200 kms (125 miles) southeast of Auckland, without permission. He is also monitored electronically and has been warned that any breach of the conditions of his home detention could see him sent to prison. Rudd was originally arrested last November and charged with attempting to procure murder after he made threats against an employee following the unsuccessful launch of his solo album. That charge was dropped for lack of evidence. Rudd has lived in New Zealand since he was sacked from the heavy metal band in 1983. He rejoined AC/DC in 1994 but has remained in New Zealand, where he owns a restaurant. AC/DC has replaced Rudd for its current world tour, which includes two concerts in New Zealand at the end of the year. - Reuters