Action to be taken against responsible for sugar crisis: FM Qureshi 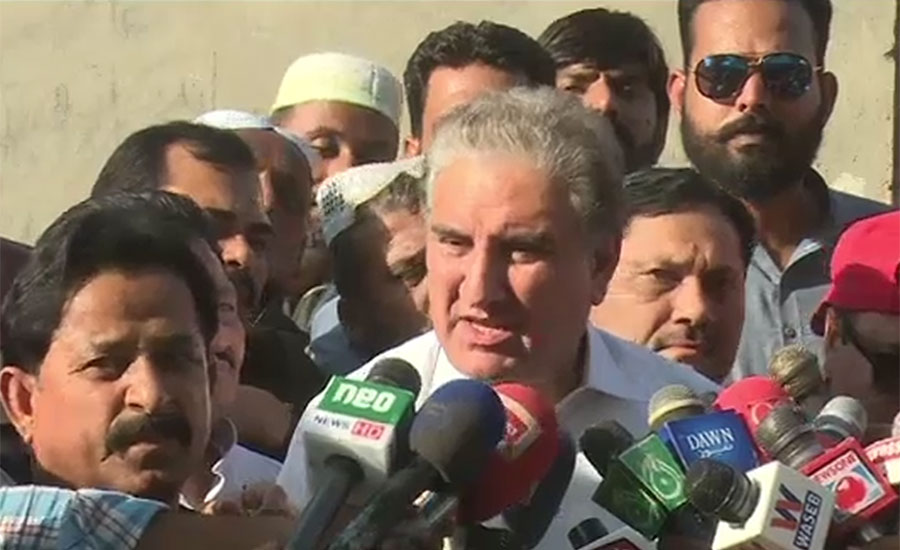 Action to be taken against responsible for sugar crisis: FM Qureshi

Either India or anyone else likes it or not, CPEC is safe

Shah Mehmood Qureshi maintained that whether India or anyone else likes it or not, China Pakistan Economic Corridor (CPEC) is safe and a game changer.

FM Qureshi said that the prime minister constituted the National Commission for Minority, giving representation to all religions. He also said that all religions were given representation in the minority commission which focused to show solidarity with the minority community in the country. “Pakistan gives protection to all religious spots of minorities including the Kartarpur Corridor. A prominent Hindu trader has been appointed as the head of the newly-constituted National Commission for Minorities.” “I wish that Muslims in India were also satisfied regarding the protection of their religious areas including 400-year-old historical Babri Masjid. The government led by BJP martyred Babri Masjid and hurt emotions of Muslims, whereas, the supreme court of India became a silent spectator.”

FM Qureshi has termed Ladakh as a disputed territory and said that India tried to start construction in Ladakh very cleverly but was caught by China. He said that India had deliberately started construction in Ladakh on which China has strong reservations. Regarding the pandemic situation, the minister said that coronavirus affected almost all countries around the world including Pakistan. He said that the government is planning to bring back more overseas Pakistanis and sought assistance from the provincial governments. “The pandemic will also give a negative impact on the budget. The federal government had already distributed Rs144 billion to 12 million people and PM Imran Khan summons the details of those loses jobs due to COVID-19. The government is also willing to introduce a [financial relief] package for the construction and agriculture sectors.”