Actor Ewan McGregor admits to nerves in debut as director 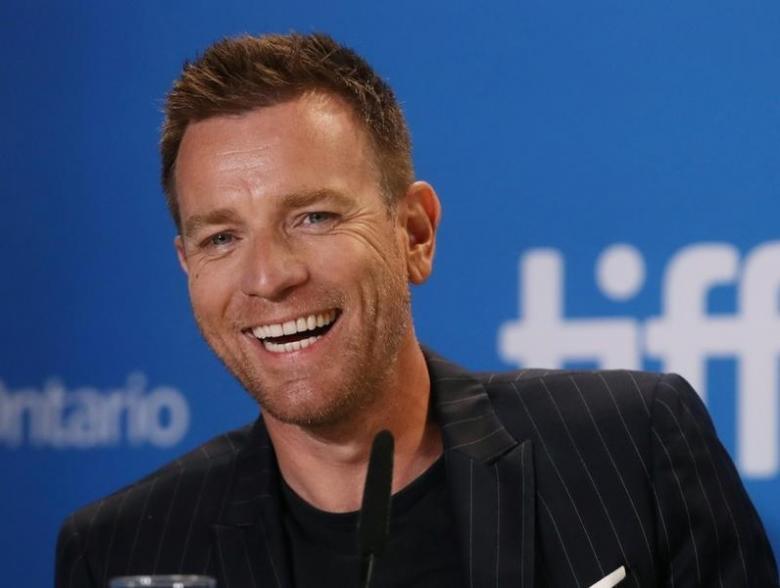 Actor Ewan McGregor admits to nerves in debut as director

TORONTO - Scottish actor Ewan McGregor admitted to being "very nervous" about making his directorial debut with the movie adaptation of Philip Roth's Pulitzer Prize-winning novel, "American Pastoral". The film, which premiered Friday night at the Toronto International Film Festival, also sees McGregor in the lead role of the hard-working man in late 1960s America whose family begins to fall apart after his daughter Merry (Dakota Fanning) becomes politically radicalised. McGregor, 45, said he had spent years waiting for the right directorial opportunity to emerge but felt pressure in interpreting Roth's work on the big screen. "I was very nervous," said the star of "Trainspotting" at a news conference on Saturday. "I think it's a massive responsibility to take on - a responsibility to the producers, a responsibility to Philip Roth, a responsibility to everybody who had read that novel and who liked that novel," he added. He also wanted to make sure the film "represented me in some way." McGregor said Roth has seen the film and reacted positively to the adaptation of his 1997 masterwork, voted one of Time magazine's 100 greatest novels. "It was very important to me that Philip liked the book," he said. "Last week, when (producer) Tom (Rosenberg) phoned me to tell me that he had heard from Philip and that Philip very much liked the film and felt that we had captured his novel, it was a huge relief. I hadn't realized how much I had been carrying the fear of maybe the fact that he wouldn't like it." Critics were not so kind. Variety called the debut "as flat and strangled as Philip Roth's novel is furious and expansive." McGregor is soon to be seen in the second "Trainspotting" movie as well as the third season of the television series "Fargo". And he has hopes to direct again soon. "I'll certainly be keeping my eye open for something. Something will find me, I guess. The right story will come along. It's an enormous commitment," he said. Jennifer Connelly, who plays McGregor's wife in the film, called her director's debut a "wonderful experience." "He clearly appreciates acting and actors and made a lot of space and I think we all felt very supported and eager to collaborate and explore together and I had a great time," she said. "American Pastoral" is slated for release in U.S. theaters on October 21. -Reuters