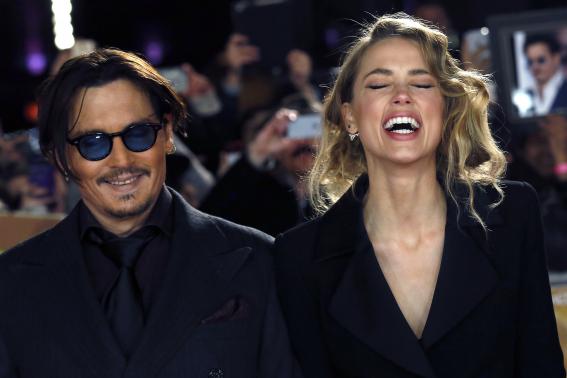 (Reuters) - Johnny Depp, the star of the "Pirates of the Caribbean" film series, married his fiancee, Amber Heard, at their home in Los Angeles earlier this week, according to People magazine. The 51-year-old actor, who met Heard, 28, when they appeared together in the 2011 film "The Rum Diary," tied the knot on Tuesday in a small ceremony. People magazine said a bigger wedding is planned for this weekend on Depp's private island, Little Hall's Pond Cay, in the Bahamas. The couple, who have been engaged since late 2012, began dating after Depp split from his longtime partner, French actress Vanessa Paradis. Depp and Paradis are the parents of two children, a boy and a girl. Depp gained fame in the late 1980s after appearing in the popular TV series "21 Jump Street" and later starred in "Edward Scissorhands" and "Alice in Wonderland."