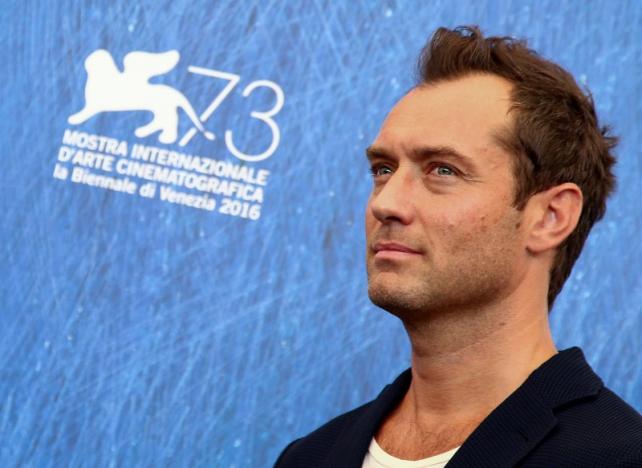 VENICE – Jude Law was thrilled to be given the opportunity to work with Italian director Paolo Sorrentino, until it became clear that the character he was being asked to portray was that of a conservative, chain-smoking American pope named Pius XIII.
"Like a ton of bricks it landed on me that I had to play a pope and I didn't quite know where to go or what work to do to offer it some weight and believability," Law told a press conference at the Venice film festival on Saturday. "But Paolo constantly reminded me that it was a piece about a man who happened to be the pope. Once I started approaching it from that point of view ... it started to come together." The first two episodes of Sorrentino's hotly-anticipated mini TV-series "The Young Pope" screen at the Venice film festival in the out-of-competition section. The series tells the story of orphan Lenny Belardo who becomes the first American pope in history and turns out to be a man who shocks and surprises. It opens with the newly appointed pope crawling out from under a pile of sleeping babies, only to reveal that the image was a dream. On his first day in the job, the new pontiff demands Cherry Coke Zero at breakfast, scolds an elderly nun for kissing his forehead, bans the use of his image on merchandise and refuses to be properly seen or photographed in public, even when he delivers his inaugural homily. Diane Keaton plays a nun who had raised Lenny in an orphanage and becomes the pope's private secretary. Sorrentino said doing a mini-TV series gave him greater opportunity to delve deeper into the characters, but he also sought to bring in some cinematic elements. He agreed that his pope was a stark contrast to the approach of the Vatican's current pontiff, Pope Francis, but said there was no reason the Catholic church could not have his type of leader in future. "It's possible that after a more liberal pope there may be one that has different ideas," the Oscar-winning director said. "It would be quite naive to believe that the Church has embarked on a long path towards liberalism." He said he wasn't worried about a reaction from the Vatican, adding that if they are patient enough to see the work in its entirety, they will understand it as a piece of art "that examines the contradictions and the difficulties as well as the fascinating aspects of the clergy, the priests and the nuns". The festival ends on Sept. 10. –Reuters