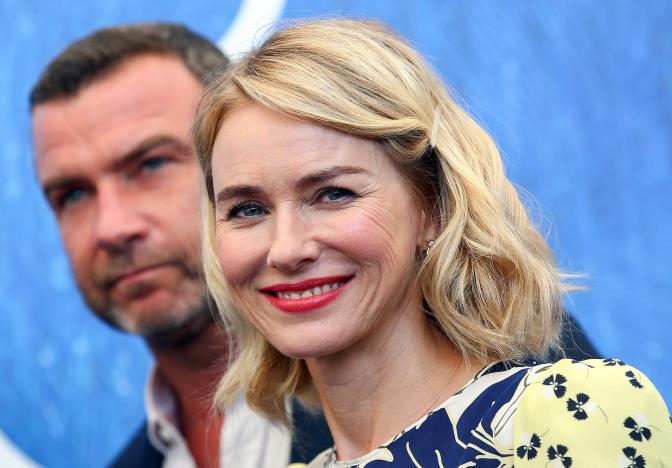 NEW YORK – Liev Schreiber took around 800 punches when filming "The Bleeder" to make the boxing drama more credible and to not upset the prize fighter whose real life story it portrayed, the U.S. actor said at the Venice film festival on Friday. The movie, based on the life of Chuck Wepner who almost went fifteen rounds with world heavyweight champion Muhammad Ali, is one of several movies screening in the out of competition section in Venice. Schreiber said he does not like doing biographical films because of the comparisons that are made and the danger is even bigger playing a prize fighter, especially if he is still alive. "Fortunately Chuck likes the movie and appreciates my efforts, otherwise I could be in big trouble," he told a press conference. Director Philippe Falardeau said he was not convinced by boxing movies where cameras hide the punches or their absence. "Fortunately for us and unfortunately for the insurance company, (Liev) said he was going to take real punches ... that made an enormous difference," the Canadian director told a press conference, adding particular effort went into portraying the 1975 title fight with Ali. "What you see in the movie are bits and pieces of what happened in the real fight," he added. "Sometimes it's spectacular, sometimes it's not spectacular but it's genuine. And I didn't watch any boxing movie preparing this one." But the movie is more than just a boxing drama, Falardeau said, adding it's a story of "a kid trapped inside a big man's body". Schreiber's real-life partner Naomi Watts stars in the movie as Wepner's latest wife, Linda, after choosing not to take the role of the boxer's earlier spouse, saying she liked the spirit of the character and the difference to her earlier roles. –Reuters