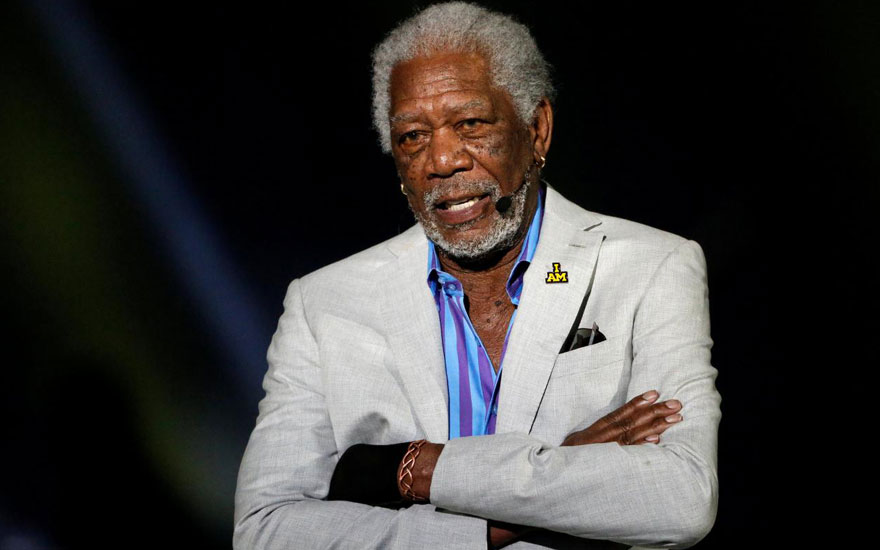 NEW YORK (Reuters) – At least eight women have accused Oscar-winning actor Morgan Freeman of subjecting them to inappropriate behavior or harassment on film sets or at promotional events, CNN reported on Thursday. As part of its investigation of the 80-year-old actor, CNN said it had spoken with 16 people, some of whom also alleged inappropriate behavior by Freeman at his production company, Revelations Entertainment. Freeman said in a statement that he was sorry to anyone who had been made to feel uncomfortable or disrespected. “Anyone who knows me or has worked with me knows I am not someone who would intentionally offend or knowingly make anyone feel uneasy,” he said. “I apologize to anyone who felt uncomfortable or disrespected — that was never my intent.” Representatives for Freeman and Revelations Entertainment did not respond to requests for comment beyond the statement. Reuters was unable to independently confirm any of the accusations. Following the CNN report, credit card company Visa said in a statement that it was suspending its “marketing in which the actor is featured.” Freeman has been the longtime voice of Visa television advertisements. A torrent of accusations of sexual misconduct against male actors, filmmakers and agents have roiled Hollywood since last fall, leading in some cases to resignations and the halting of projects. Similar accusations have also engulfed powerful men in U.S. politics and business, and inspired a #MeToo social media movement by people publicly sharing their stories of sexual harassment or abuse. CNN reported that eight people told the network they were victims of what some labeled harassment and others called inappropriate behavior by Freeman. It said eight others told the network that they witnessed the actor’s alleged misconduct. CNN also reported that other sources denied having seen any questionable behavior by the actor, and that those sources described him as behaving professionally on set and in the office. Freeman, whose career has spanned 50 years and more than 100 movies, won a Oscar in 2005 as best supporting actor for his role as a former boxer in “Million Dollar Baby.”