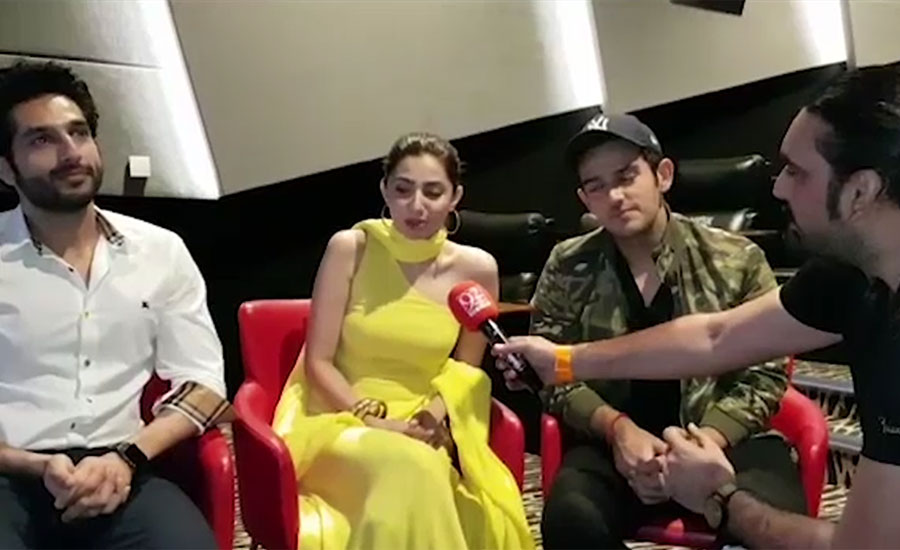 DUBAI (92 News) – Renowned actress Mahira Khan has declared Prime Minister Imran Khan a superstar. Talking to 92 News in Dubai on Thursday, she said that the prime minister’s visit to the United States had been excellent. “I heard the prime minister’s speech all over the night,” he said. She said that there is a ray of hope whenever he speaks. Earlier speaking to the US Congressmen at the Capitol Hill on Tuesday, Prime Minister Imran Khan said that Pakistan wanted US ties based on truth and trust as well as mutual respect. He said his first official visit to the United States was aimed at dispelling misunderstanding about Pakistan. He also said that over the years there has existed a lot of misunderstanding about the country. “More than 70,000 Pakistani people died and our economy suffered billions of dollars loss in the war against terror,” the premier mentioned. He said Pakistan was fighting the US war of terror as Pakistan had nothing to do with the 9/11, Al-Qaeda was in Afghanistan and there were no militant Taliban in Pakistan. The premier said that Pakistan fought for its survival while the US expected it to ‘do more’. “It was very important that he met President Donald Trump and Secretary of State Mike Pompeo, and explained to them the way forward that the relationship has to be based on mutual trust.” He said Pakistan is trying its level best to bring Taliban to the negotiation table and significant achievement has been made so far in this regard. He, however, said it was not an easy task. Imran Khan said the entire country including army and security forces are on same page for a common objective of peaceful solution to the Afghan conflict. Earlier, US Congress Speaker Nancy Pelosi, other congressmen and Co-Chair of Pakistan-US Caucus welcomed and warmly received the prime minister at the Capitol Hill. They appreciated the role Pakistan was playing especially in the Afghan peace process. Prime Minister Imran Khan had made history by proposing a solution to the lingering Afghan issue. They admitted Pakistan had suffered a lot in the war against terror and militancy. They said US would cooperate with Pakistan in education and energy renewable sectors.