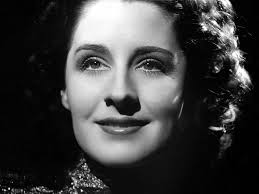 LOS ANGELES - An Oscar statuette awarded to actress Norma Shearer in 1930 sold on Wednesday for $180,000 in a rare sale of an Academy Awards trophy. The Oscar that recognized Shearer’s role in "The Divorcee" was put up for auction by her estate. It sold along with the cinematography prize for a 1928 film, “White Shadows in the South Seas,” that also fetched $180,000. Oscars rarely come up for auction because since 1950, the Academy of Motion Picture Arts and Sciences, host of the Academy Awards, has required that winners, their heirs or estates not sell one without first offering it to the Academy for $1. The 88-year-old organization has recently attempted to keep ownership rights to trophies awarded before 1950. Last year, the estate of actress Joan Fontaine withdrew her Oscar from a much-anticipated auction when the Academy threatened to sue over its sale. And in July, a Los Angeles Superior Court Judge ruled that the Academy could apply its rule to a 1943 statuette that had been sold at auction, because its winner, art director Joseph Wright, remained an Academy member past 1951. The Academy did not respond to a request for comment on Wednesday’s auction, conducted in Hollywood by auctioneer Profiles in History. The Canadian-born Shearer, best known for such films as "Marie Antoinette" and "The Women," was nominated for five other roles as Best Actress, cementing her fame as a Hollywood star through the 1930s. She died in 1983. -Reuters