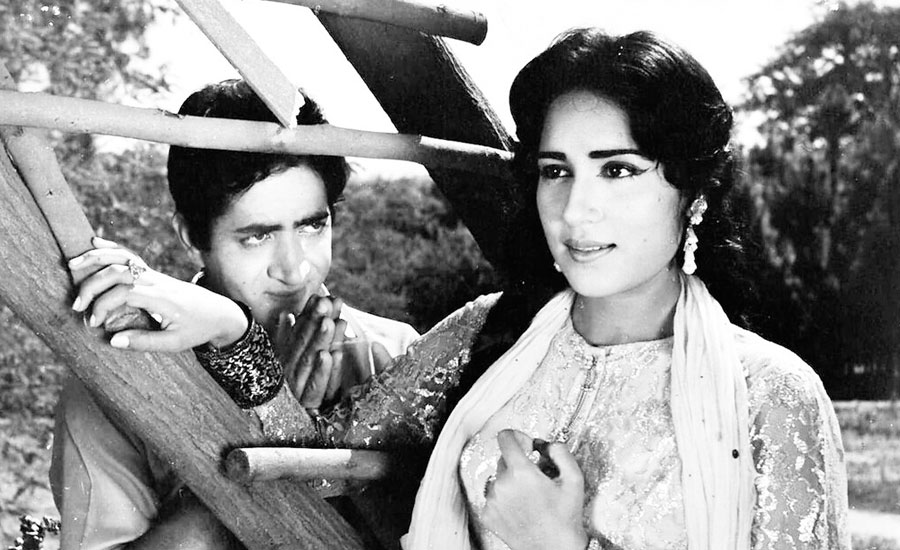 LAHORE (92 News) – Renowned film actress of Pakistan Shamim Ara is being remembered on her death anniversary on Monday (August 5). Shamim Ara performed in number of films including her hits Devdas, Humraz and Pal do Pal. She was also an acclaimed director and was awarded the Nigar Award four times. Shamim Ara was a Pakistani film actress, film director and film producer. She was born Putli Bai but later adopted the film name Shamim Ara. Her acting career spans from the late 1950s till the early 1970s. She is most famous for her leading role in the then West Pakistan’s first color motion picture Naila (1965), released on 29 October 1965, whereas the first full length color motion picture was Sangam (1964) which was produced in the then East Pakistan and released on 23 April 1964. In 1956, Putli Bai's family were visiting some relatives in Lahore, Pakistan, when after a chance meeting with the well-known film director, Najam Naqvi, she was signed for his next movie. He was searching for a new face for his film Kanwari Bewah (1956) and was impressed by her cute face, sweet voice, approachable personality and innocent yet inviting smile. Later, Shamim Ara was given a minor role in the film Anarkali starring Noor Jehan as Anarkali and Shamim Ara as Surayya, Anarkali's younger sister. For the next two years, Shamim Ara went on to star in a few films, but none were a major success at the box office. However, in 1960, a major role in the film Saheli (1960) is what truly advanced her career. After this film, Shamim Ara had become a household name. She went on to star in many hit films including Devdas, Doraha, Humraz. However, Qaidi (1962), Chingari (1964), Farangi (1964), Naila (1965), Aag Ka Darya (1966), Lakhon Mein Eik (1967), Saiqa (1968) and Salgirah (1968) were landmarks in her career securing her a position as the top actress of the 1960s in Lollywood. Her acting career came to a halt when she retired as a leading lady in the early 1970s. But that did not stop her from being a part of the Pakistani film industry as she pioneered to produce and direct films on her own. However, none of those films reached the level of success Shamim Ara had at the height of her acting career. Jaidaad (1959) and Tees Maar Khan (1989) were the only two Punjabi movies in which she performed. In 1968, she produced her first film Saiqa (1968) which was based on the novel by Razia Butt. The film attracted a large number of viewers especially females. Shamim Ara was married four times. They lived in Lahore until 2005, when she and Salman Majeed Carim (her son by a previous marriage) moved to London while her husband remained in Pakistan. During a visit to Pakistan, she suffered a brain haemorrhage on 19 October 2010 and was taken back to London for treatment. She remained in and out of hospital for six years, and was cared for by her only son, Salman Majid Carim, who is very wealthy because of having inherited the Agfa Color Film Company from his father. Shamim Ara died on 5 August 2016 in a hospital in London after a very long illness. Her only son led the funeral arrangements and she was buried in the UK.