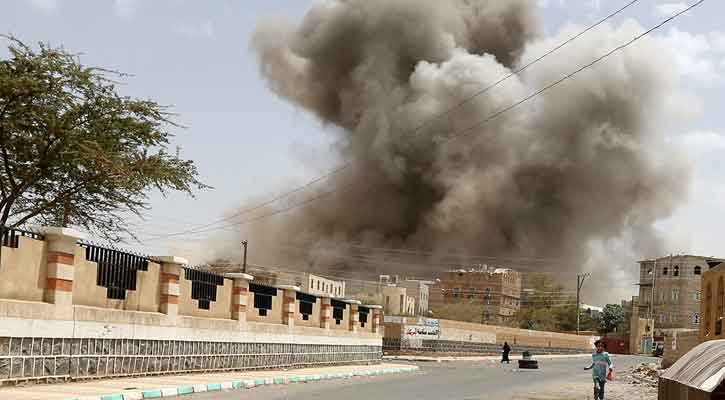 ADEN - Unidentified assailants fired a rocket-propelled grenade at a hotel in Aden used by senior Yemeni government officials on Tuesday, causing a number of casualties, residents said. Yemeni vice president Khaled Bahah and other Yemeni officials were unhurt in the attack, officials said. President Abd-Rabbu Mansour Hadi is believed to be overseas. The grenade was fired at the gate of the hotel, they said. A second RPG was fired near the gate and a third was fired in the city's Buraiqah district, residents said without elaborating. The Qasr hotel has been the base of Hadi's government since its gradual return from exile in Riyadh over recent weeks following the expulsion of Iranian-allied Houthi fighters in July. -Reuters