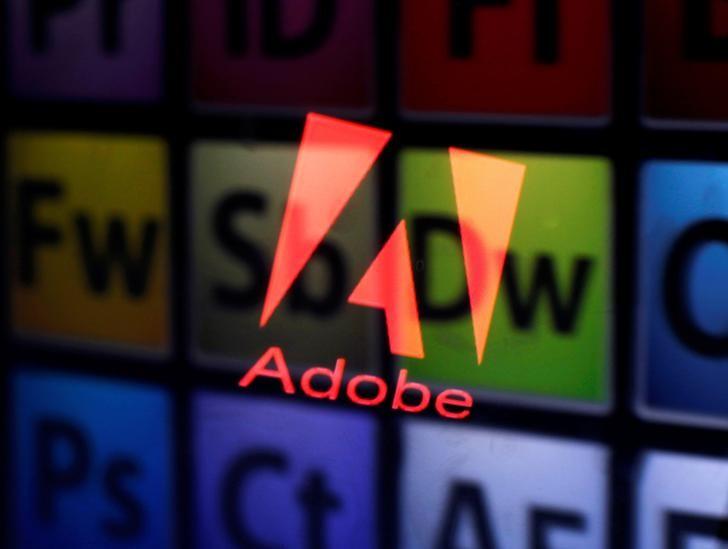 LONDON - Adobe Systems Inc reported a better-than-expected 20 percent jump in quarterly revenue as its Creative Cloud package of software tools attracted more users. The company's shares were up 5.1 percent at $105.80 in after-market trading on Tuesday. If current gains hold, the stock is on pace to open at a record high. Adobe — generally conservative with its forecast — said it expects fourth-quarter revenue of $1.55 billion-$1.60 billion. Analysts on average were expecting $1.57 billion. The company experienced a short-term impact on demand following Britain's exit from the European Union in June, but does not see any significant impact for the rest of the year, Chief Financial Officer Mark Garrett said on a conference call with analysts. The company also forecast fourth-quarter adjusted profit of 83-89 cents per share, above analysts' average estimate of 78 cents. Adobe has posted double-digit revenue growth in the last five quarters as the company benefits from more predictable revenue, driven by the shift over the past few years to selling software on a subscription basis. Annualized recurring revenue, used to track the performance of the company's subscriptions, rose to $3.70 billion in the third quarter from $3.41 billion in the second quarter. Revenue from the company's digital media business rose 28.6 percent to $990 million in the latest quarter. It houses Creative Cloud, the company's largest business by revenue. Creative Cloud contains popular software such as Photoshop, Illustrator and InDesign. Average revenue per user in the Creative Cloud business continued to increase quarter-on-quarter as new users renewed their subscriptions at full price once the promotions expired, Garrett added. The company's revenue rose to $1.46 billion in the three months ended Sept. 2, from $1.22 billion a year earlier, edging past analysts' expectation of $1.45 billion. Excluding items, Adobe earned 75 cents per share, beating the average analyst estimate of 72 cents. Up to Tuesday's close, shares of the California-based company had risen 7.1 percent this year. They hit an all-time high of $104.16 on Sept. 2. -Reuters