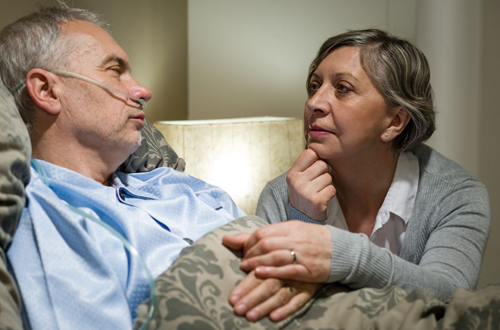 WASHINGTON – Teens and even children with heart risk factors like high blood pressure, high cholesterol and smoking may face midlife declines in memory and learning that are akin to an extra six years of aging, according to a Finnish study.

Heart risk factors are well known to affect cognitive skills in old age, but these results show that risk factors starting in childhood may affect thinking decades later, the study team writes in Journal of the American College of Cardiology.

“This study underlines the beneficial role of healthy lifestyle for brain and cardiovascular health,” said lead author Suvi Rovio, a senior researcher at the Research Center of Applied and Preventive Cardiovascular Medicine in the University of Turku.

To examine the link between childhood risk factors and mental function in middle age, the study team used data from the Young Finns Study, which followed over 3,500 children starting in 1980 and continuing through 2011.

The participants were between 3 and 18 years old when they joined the study and they had regular assessments of blood pressure, cholesterol, body mass index (BMI, a measure of weight relative to height) and other aspects of health including smoking status up to age 24.

In 2011, more than 2,000 participants between the ages of 34 and 49 underwent cognitive testing, including assessments of visual memory, memory of past events and visual learning ability.

Researchers found that people with high blood pressure and high cholesterol in their youth were likely to have worse visual memory, memory of life events and visual learning when they reached middle age.

Smoking during adolescence and young adulthood was also linked to worse memory and learning in midlife.

Heart risk factors carried the same risk of cognitive problems later in life regardless of whether a participant had them during childhood, adolescence or young adulthood.

Having two or three heart risk factors at a young age also carried a greater risk of cognitive decline in middle age than having only one.

Researchers calculated the difference in midlife cognitive performance between people who had no heart risk factors in youth and those who had all the risk factors during two phases of youth, such as adolescence and young adulthood. It was equivalent to an additional six years of aging.

“Cognitive impairment is a major cause of morbidity and impaired quality of life in older age,” said Norrina Allen, coauthor of an editorial accompanying the study.

“Findings ways to prevent declines in cognitive function are critical to improving the health of our populations as they age,” said Allen, a public health researcher at Northwestern University in Chicago who was not involved in the study.

“A focus on good health early in life can result in better cognitive function in older age,” Allen said. “We need to focus on maintaining our health starting in very early childhood and throughout adulthood.”

“Adopting healthy lifestyle choices throughout the life-course is an effective way to affect the cardiovascular risk factors and increase the possibilities to cognitively vital adulthood and old age,” Rovio said. –Reuters